You are here: Home>Locations>Rugby>James Speight: The War Years 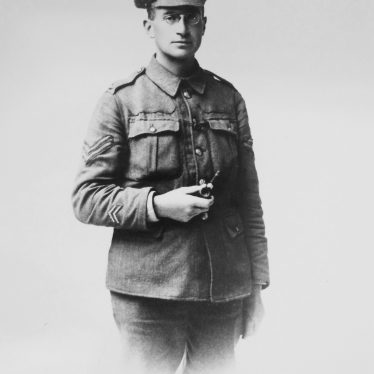 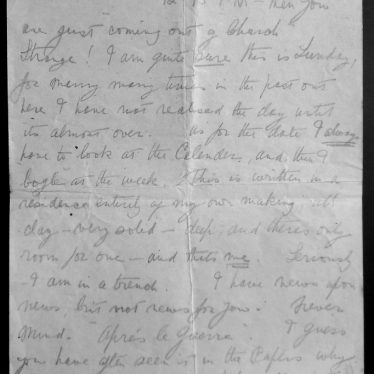 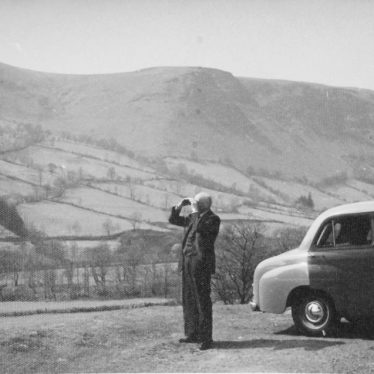 James’ story continues with a series of letters he wrote to family and friends during his time on active service in the First World War. These letters were all returned to James after the war and James’ son Jack was later to record audio recordings of some of the letters.

In 1916, aged 35 and still single, James became Private Speight of D Co. Battalion Durham Light Infantry (due to his age, James had missed the first batch of conscription). He went over to France in June 1917 and the battalion took part in the Battle of the Somme. By the end of August, James had been promoted to Corporal. The battalion moved to Italy in November only to return back to France and the Somme the following March. After a spell in Belgium, much of 1918 was spent back in England.

Many of his letters home to his family in Warwickshire refer to the food situation, often requesting provisions such as ‘Winters Bread’ and ‘Horlicks Malted Milk Tablets’, and the grim realities of trench warfare (‘many there are that went in and have not come out’). He writes in detail about the lack of water to drink and to wash with (he describes making cocoa with water ‘taken from a shell hole in the dark’), the rats, and his desire for ‘rest, rest, rest’. James also wrote to the staff back in his Sutton Coldfield studio, with requests and questions relating to the business.

Life after the war

Despite fighting on the front line, James survived the war and was officially discharged from the army in 1920. Later that year, James married Cecilia Gertrude Hill. They had three children together, John [Jack], Richard and Sylvia.

James’ photography business continued to flourish: he was one of the founder members of the Birmingham District Professional Photographers Association (later Institution of British Photographers), becoming president in 1927. He continued to work at his Sutton Coldfield studio until he retired in 1950.

James died in February 1977 at the age of 97 at his home in Sutton Coldfield.