You are here: Home>Locations>Rugby>James Speight, Photographer 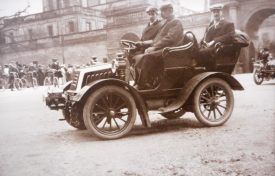 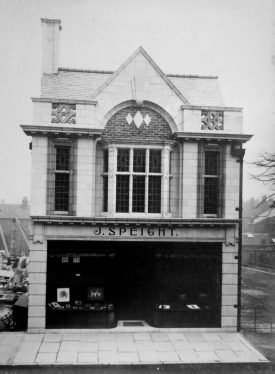 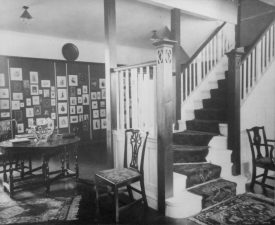 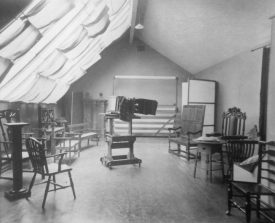 James Speight was born on 25th February 1879, the youngest son of Edward Hall Speight and Louisa Gulliver (m.1861). Edward Hall Speight was originally from Ambleside in Cumbria; he was appointed Headmaster of the Wesleyan School in Rugby in 1861 but later set up a successful photography business in the town, retiring from teaching in the early 1870s.

James’ earliest written work, an account of visiting his sister Eleanor Louisa, dates to the 1880s. Eleanor lived with their aunt and uncle in Cark Hall, Lancashire and James describes ‘cockleing’ on the sands and seeing Ruskin’s house.

In March 1897, aged 18, following in the family footsteps, James left home to work at H M Whitlocks’ photography studio in West Bromwich. He started a wonderfully detailed series of diaries at this point. These detail his day to day life, both at work and at leisure. There are many references in the early diaries to religion – James seemed to have tended towards Anglo Catholicism (despite his father’s Wesleyan background) and became a Sunday School teacher.

During his year at Whitlocks, he records a detailed description of events seen first-hand in London to celebrate Queen Victoria’s Diamond Jubilee:
‘I started from West Bromwich for London by a trip train at 12:30 midnight and arrived at Paddington at 4.45. I at once made for Constitution Hill but found that the public would not be admitted into that Street. So I got into Green Park and sequired [sic] a good place by the pailings [sic]…Of the procession that proceeded her Majesty it is impossible to give a detailed account… Her Majesty looked very fat + very glum.’

James would frequently look after his brothers’ photography businesses whilst they were away on holiday. Both Clare and Gulliver (‘Gull’) Speight were also photographers, having studios respectively in Nuneaton and Market Harborough. At other times, James went on holiday with them – he went with Gull on a bicycle tour to the south of Oxford, Salisbury, Southampton, Winchester and London in May 1898. After his cycle tour, he worked for Walter Davey for a few months in Harrogate and then began work for Mr Wright of Kings Lynn in July.

At the turn of the century, just before his 21st birthday, James decided to rent rooms with the wonderfully named Mr Tipple, but this did not last long as James left Mr Wright’s business in April. The diary for this year is full of news of the Boer War, more cycling and helping his brothers. This year, James helped to set up Charles Speight’s photography studio in Kettering. In the meantime, James was looking round at suitable places to set up his own photography studio. He ruled out Coventry, Tamworth, Kidderminster and Wellingborough.

With little progress made setting up his own premises, James decided to work abroad in Paris for a few months, working for the prestigious photographer Reutlinger. It was the year of the great exhibition in Paris – ‘the grandest & largest the world [h]as seen’ – and James describes the sights and sounds including the new Eiffel Tower and ‘the moving pavement’ as well as his work for Reutlinger, retouching images (‘the waists to be made smaller, cheek-bones cut down…’).

1901, according to James, brought the New Century as well as a bout of typhoid fever for himself and flooded studios for Clare and Gulliver. That year, Queen Victoria died and the US president William McKinley was assassinated. Still itching for a place of his own, James ruled out St Albans, Tamworth, Banbury, Stafford, Uttoxeter, Burton upon Trent, Leicester, Coalville, Wellington and Shrewsbury. He finally decided on premises at the Mount, Victoria Road, Sutton Coldfield and left home ‘for good’ in February 1902.

In 1906, James went on a motor car tour of Derbyshire with Mr Wodhams in one of the first cars registered in Warwickshire (a De Dion Bouton 8HP), visiting Chatsworth and Haddon Hall in June; he observed the 1906 Warwick Pageant first hand; and saw the ‘stranded warship Montague’ on Lundy Island. His business continued to grow and James moved on to new premises on the Parade in March 1908.

Perhaps, unsurprisingly, with his own studio to run, James’ diary entries become increasingly more infrequent – his tenth and last diary in the series runs from 1905 right up to the July 1914 when he returned from a fortnight’s holiday in Switzerland.

This article is based on a Show and Tell talk given at Warwickshire County Record Office.

Linkedin
More from Rugby
More from Photographers and Artists