You are here: Home>Locations>Rugby>The Willans Works

Power to the People 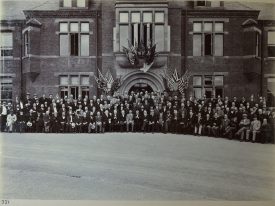 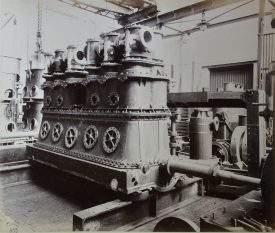 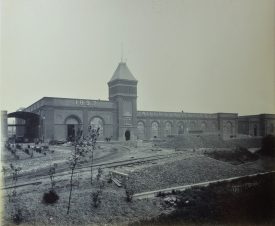 The records of a Rugby-based engineering firm that pioneered the manufacture of steam engines and turbines for electricity generation are being catalogued by Warwickshire County Record Office in a project that aims to highlight the importance of the company and its innovations.

The Warwickshire County Record Office has received £50,000 to catalogue and conserve the donated archive of Willans & Robinson and successors at the same works site, including present day occupants Alstom. The funding comes from two main sources, the National Cataloguing Grants Scheme, and the National Manuscripts Conservation Trust in recognition of the exceptional historical importance of this business archive that is not widely known about.

Origins of the firm

The firm began as a partnership between Peter Willans and Mark Robinson in 1880 at Thames Ditton in Surrey, manufacturing high-speed steam engines using Willans’ design for river launches. Willans invented the central-valve steam engine that was crucial to the firm’s initial success but he died in 1892 after an accident, so didn’t see the company expansion that led to the move to Rugby in 1897.

This location was chosen because of the town’s central position in the UK, that had a ready-made workforce skilled in manufacturing and power generation because of the railway industry. Good railway access at Rugby also meant that transporting raw material into the factory and finished goods out was straightforward.

By the time of Willans’ death the company engines were driving almost 70% of the turbines generating Britain’s overall electricity output and demand was coming in from overseas.

Despite this success and pioneering developments in steam electric locomotives, motorcar parts production, boiler manufacture and steam turbines, the firm struggled with controlling its finances. This led to it being taken over by Dick, Kerr and Company Ltd in 1917, which then became part of English Electric a year later. This saw the name of the site changed to the Willans Works. English Electric came under the ownership of GEC in 1968, which also ran British Thomson-Houston, another power generation company that was also in Rugby. The Willans site now hosts the thermal power division for Alstom, so turbine design and manufacture continues there to this day.

The collection, deposited in stages between 2006 and January 2014, is known as the Willans Works archive and refers mostly to the Rugby site, but also has important material relating to Thames Ditton. The records cover the period from the 1870s to the early 2000s and include an extensive run of negatives and photographs. Fortunately the log books for jobs carried out by the company’s photographic department have survived so the negatives (many of which are glass plate) can be identified.

The company was the first engineering firm to start in Rugby and was one of the town’s biggest employers with nearly 1,000 people working there. The site is still important for local employment and one of the aims of the project is to show the impact on Rugby and its social history. A blog will keep people up to date with any discoveries and on the progress of the £3,000 fundraising appeal to complete the repackaging and essential conservation work, which is another area where volunteers are assisting. The project will also note Willans & Robinson archive material held elsewhere.