You are here: Home>Locations>Coventry>Hillman Imp is Launched 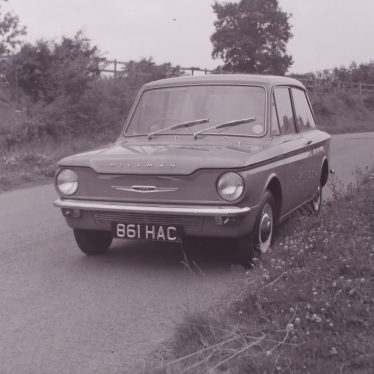 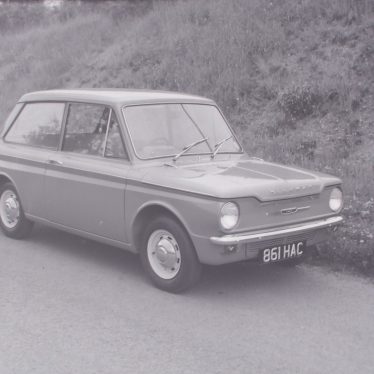 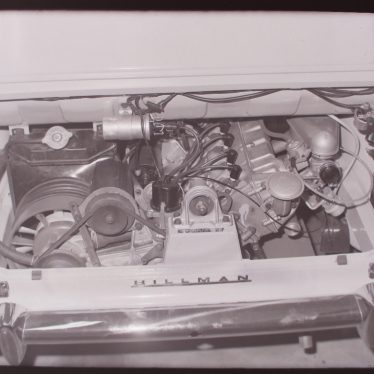 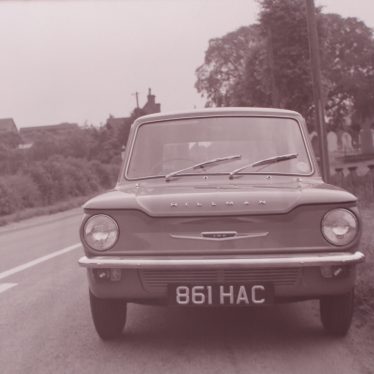 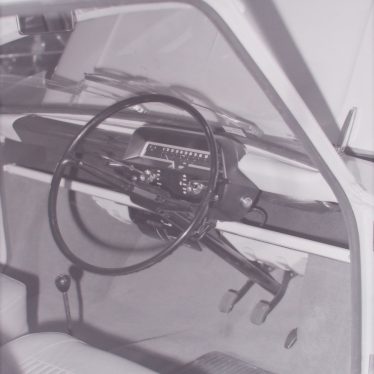 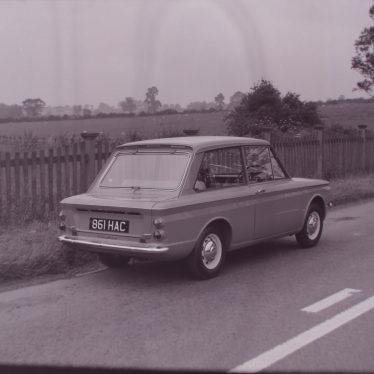 A Rootes product, but ironically never built in Rootes territory in Coventry and Warwickshire, the Imp was built at a new factory in Linwood, in Scotland. Nonetheless, Rootes was a local company and the Imp excited the interest of Reg Bull of Nuneaton, who took photos of the car at its launch – he was also moved to take pictures of the new car around Ansley. It’s worth pointing out that the engine, too, was local – designed by Coventry Climax and derived from a racing unit – this car had pedigree. Rootes also had a good reputation for producing well-made cars.

My Dad owned an Imp around when I was born. He bought it off a work colleague… and still spoke to him afterwards! It was apparently a good little car, quite nice to drive… and nice enough for my Granddad and Aunt to also own an Imp at various points in their lives. Building it in Scotland lead to reliability issues however. Some of the logistical difficulties were highlighted in a retorspective Motor article from 19861 where it’s explained how the engine blocks were cast in Linwood, machined in Coventry… then sent back to Scotland to be put in the cars.

Whether this had an effect on my Dad’s car, who knows, but it had some slightly comedic breakdowns. It managed, apparently, to leave all the coolant on the M6 the first time we went anywhere in it, on the way to Blackpool. A window also shattered, for no apparent reason, when the car was parked and, more excitingly, the gear leaver fell off.

The gear lever falls off

The Imp was parked at the front of my Dad’s work car park, and when he selected reverse gear, and it came off in his hand so he couldn’t get out. Fortunately, as a small light car, he could get someone to lift the back up and pull it back out of the space (not sure even my car could have that done now), before driving it in first gear to the workshop at GEC, which had a pit, where he and his friend (who had sold him the car in the first place, so was motivated by guilt?) fixed it.

When my Dad sold it, it was for £800. The chap who bought it had gone to Highfield Road beforehand to watch the football game, with the cash in his pocket. In modern terms this would have been thousands of pounds, and a slightly more cavalier attitude than I’d take!