You are here: Home>Locations>Warwick>Eyffler's Almshouse in Warwick 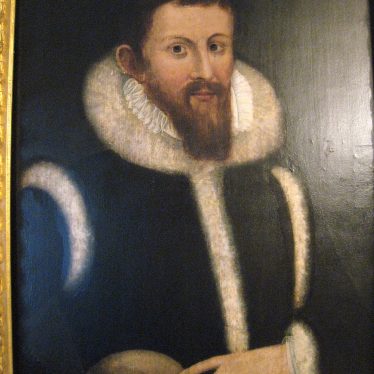 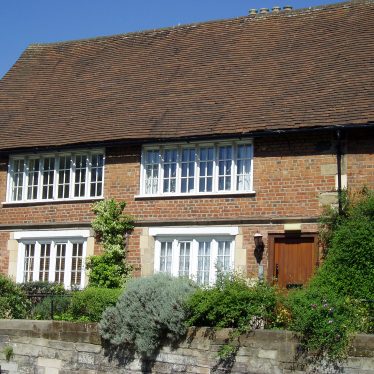 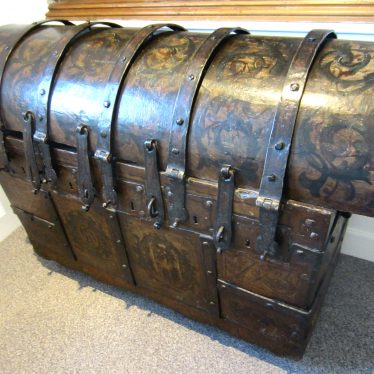 Nicholas Eyffler was a glass maker from Germany who worked at Charlecote and Kenilworth Castle. Warwickshire County Record Office has a fine collection of documents about him; including his Patent of Denization from 1562 (i.e. his naturalisation papers).1  He helped administer Oken’s charity and was clearly inspired by this experience to found his own almshouse. There’s an inventory of his goods taken after he died in 1592 that mentions his portrait (shown here) and items connected with his glass-working business.2 His house in Jury Street near the Court House was refurbished and let out, the rent being used to help support the almshouse.

Nicholas Eyffler assigned timber-framed barns in Back Hills, Warwick (now Castle Hill) that he owned for the purpose, but after he died these were pulled down and an almshouse built in brick and stone at a total cost of £72 5s 2d. A full set of accounts concerning the building of his almshouse in 1597 survives.3 This includes a list of the workmen involved: a labourer was paid 8d a day and a mason 12d a day. The materials used included 9,000 tiles and over 7,000 nails. The houses were fitted out with pot hangings in the chimneys for cooking, bedsteads and bedding. A load of firewood was provided for each of the first residents when they moved in.

Mr Eyffler willed that there should be ‘8 poor women placed in the hospital; whereof 4 should be poor old maidens that had spent their youthful years in honest service, and should be past service, and past child bearing; the other 4 should be poor old widows, past child bearing and of honest life and conversation.’ 4 The ‘past child-bearing age’ caused occasional problems for the trustees: in 1608 they admitted ‘Margery Griffen, a poore maymed maid lackinge one hand’, but they weren’t sure if she was past child-bearing age and so specified that if she did have a child, she was to be evicted with just ten days notice!3 In 1881 the residents included a former lodging house keeper, charwomen, laundresses, a dressmaker, a sempstress, a domestic servant and an enterprising female greengrocer.5

Oken’s original almshouse was damaged in the great fire of 1694 and a new almshouse was built adjoining the Eyffler almshouse (on the south side). Thereafter the administration of the two almshouses was often combined. Much of the building has been restored over the years: access to the upper houses was originally via ‘atrocious old staircases’, and old wash-houses and fuel stores were replaced in the 1957 modernisation when the Eyffler and Oken almshouse charities were formally united.6