You are here: Home>Locations>Shustoke>Shustoke Almshouses 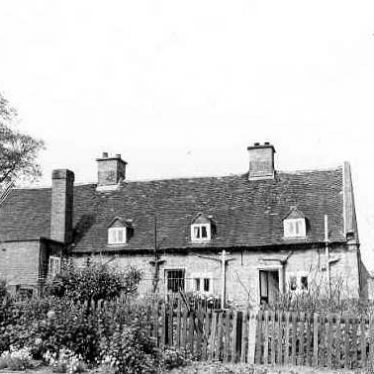 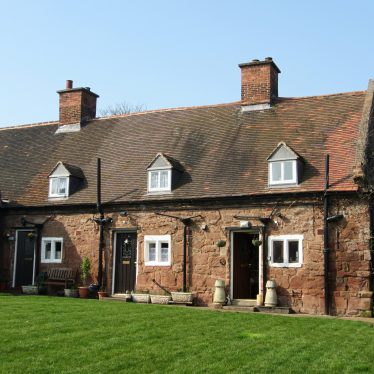 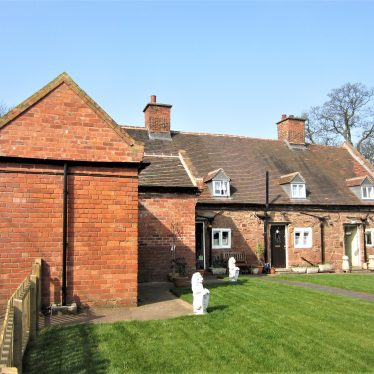 The Almshouses at Shustoke were founded in 1699 by Thomas Huntbach the younger of Shustoke Hall, who died in 1712. They form a handsome row of stone cottages and are Grade II listed; the thatched roof was replaced by tiles in 1832/3. The original building provided six tiny back-to-backs, later turned into three larger units. The adjacent brick schoolhouse, also founded by Thomas Huntbach, was rebuilt in 1844 and converted to provide two further almshouses in the 20th century. The almshouses stand in Church End, they are now called ‘Church Cottages’ and are still in use as almshouses.

The original endowment provided a small stipend for the inhabitants. Coals and milk were provided in the late 19th century, loaves of bread and butter in the early 20th century. A winter shawl was given to a woman on entry and at Christmas £1 was provided ‘for warm and serviceable clothing’. 1 Dugdale Stratford Dugdale was a trustee in the 19th century, and local JP Randall Croxall made a substantial donation to the charity in 1887.

A lengthy set of rules were drawn up in 1868. There was to be no sub-letting of rooms and ‘If any Almsperson be guilty of insobriety, insubordination, breach of rules, or immoral or unbecoming conduct’ they were to be removed. Ann Holt was expelled from the almshouse for bad language and ‘unbecoming behaviour’ the following year, possibly suffering from dementia.

A poem was  written about the schoolhouse and almshouses by the founder; it is displayed on one wall of the schoolhouse, beautifully inscribed on slate for the millennium.

Which is built you se

In poore and rich I make it fre

For all that in the parish dwell

To teach their youth how to live well

And to catakise them frequently

That they may know truly thereby

When they in riper years doe come

Their duty both to God and Man

With gardens there belonging to

I give unto the poore for ever

Desirous this my quit may never

At any time abused should be

But that trustees will always see

And be unto the poore a friend

Forever unto the worlds end

Expences saved by I you see

Praise not the giver but let him have

All praise that give a heart that gave