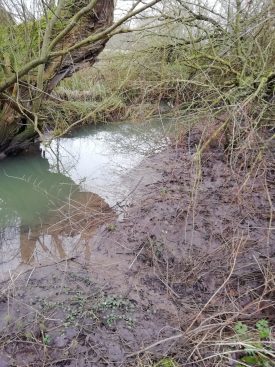 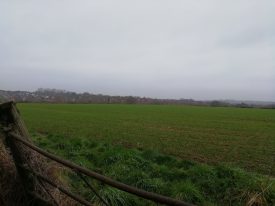 Whitnash has been settled since pre-Christian Celtic times. The present day church of St Margaret is on a mound which may have been of pagan importance in pre-Christian times. It also used to have a holy well which went back to Celtic times. Although some say that the well was at the source of the brook a few miles away, most say that it was near to the present day footbridge, crossing the brook on the path from Radford Semele to Whitnash. It has now been drained and all that remains is the merest trickle of water flowing into the brook. It took a while to find and was somewhat underwhelming! It is still said to have curative powers though, for the eyes especially.

Legends associated with the well

There are two legends associated with it. One was that either a reconditioned church bell or a new one had been taken to the well to be re-consecrated, prior to being reinstalled in St Margaret’s church. Old Nick startled the consecration party and they dropped the bell into the well, losing it. However it gained the gift of prophecy. People would drop a stone into the well and ask a question at night time. Then at daybreak it would give its answer: one ring for yes and two for no.

The other legend is that the Mercian St Fremund won a battle against the Danes at Radford Semele. However he got beheaded by a fifth columnist after the battle. So he picked his head up (as you do) and walked some distance. As he prayed for water to wash in, a well miraculously appeared, whereupon he washed himself and then keeled over and died, surprisingly! Most say this happened at the holy well in Southam. Although some say that it was in Whitnash.

The path going from Whitnash to Radford Semele, which the well is near to, goes past a field on the left called, “Castle Hill Field”. According to tradition there was a Celtic fortification there. That does make sense, what with Whitnash being Celtic in origin and the Roman road, Via Regia went past it (some of which is now the current footpath).

There are said to be ley lines crossing the area.

The bell itself is commemorated in Whitnash’s municipal crest.

Linkedin
More from Whitnash
More from Folklore and Myth
More from Religious and Ceremonial Sites
More from Rivers, Streams and Brooks (General)