You are here: Home>Locations>Rugby>A Radio Romance in Rugby

A Radio Romance in Rugby 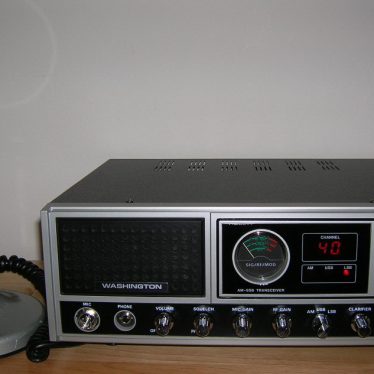 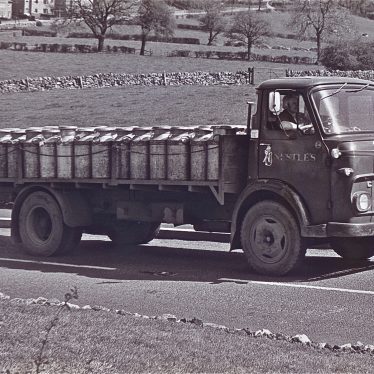 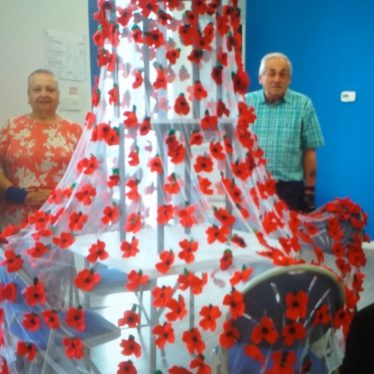 For the first 40 years of my life I was resolutely based in the North of England, and I am still proud of my Northern links, but I didn’t imagine that I would one day be settled in Rugby and willing to call it my home.

I trained as a nurse when leaving school, and was settled in Washington, Tyne and Wear with my first husband for a large part of the first half of my life. I eventually moved into private, at home care nursing, and came to be giving care for a lady in Kilsby. This was day and night care so I was away from friends and family, which was pretty lonely. I had a CB radio that I would use to talk to people travelling along the M45 to pass the time when I wasn’t actively giving care. My call sign was Ebony Eyes and I enjoyed speaking to strangers I was never going to meet.

Funnily enough though, this led to meeting my second husband, who was a lorry driver and used a CB radio within his cab to communicate with people on his long journeys. I switched on the radio one night and his voice came back at me when I asked if anyone was there. I skipped around the channels after talking to him for a while, but he followed me across the bands. We would flirt with each other across the radio channel whenever he was around, and eventually we met up when it was clear we both had an interest in each other. He used to stop in the lay-by of the motorway so that I could jump in and give him a kiss on his way through Daventry.

Rugby, peace and quiet, and an accident

Eventually I moved in with him in his place in Rugby, and so started my Midlands life. Rugby was very different to Washington, even going from Kilsby to Rugby was a big difference. Life here is a lot more peaceful and quiet, and I remember feeling very welcomed into the community. I came out of my shell living here, as there were lots more people to talk too and I wasn’t as isolated as I had been in the past.

Unfortunately I don’t remember too much about my early life in Rugby as I was involved in a car accident with my husband, and the injuries from this caused a fair amount of memory loss. I was completely back to square one after this accident; I had to have speech therapy and physical therapy in order to regain these skills and I couldn’t work as a nurse for a while after it. In fact, I had to completely relearn my profession after this point as I couldn’t be the person I was before the crash without extensive help.

One funny thing I used to do to help distract myself from having to relearn something I’d known for years was try to remember different body parts but I could only use three letters. There are some easy ones like leg, ear, eye, rib, and gut, but I used to be able to do most of the body through this method.  This exercise helped me to re-remember those skills that I needed for nursing.

After 22 years with my husband in Rugby he sadly passed away and I was left on my own for the first in a long time. His death was very sudden, I wasn’t prepared at all and had to find a way of creating a life that I was happy living. I still wanted Rugby to be my home, but I needed something outside of the house that I could do and connect with. After I came to the Benn Partnership one Christmas, I was invited along to the over-50s club by one of the Partnerships organisers to teach scrabble to the group. I’ve never actually broken out a scrabble board at the group, but it gave me an ‘in’ to something very special.

This first meeting that I attended was where I met Ray, our eyes met across the table when I sat down and I knew then that I’d found someone to annoy for the rest of my life! We live separately because I have my own space now, and I don’t want anyone else in it, but knowing that I have a companion for anywhere I want to go is good enough for me. We go on holiday together and I’m truly happy.

We both attend the over-50s group together, and we love the community that has been created here. We see ourselves as a family within the Benn Partnership, across our groups and not just in this over-50s club. We are close knit but are always looking for new members. As chairperson I try to make sure that everyone is happy, and that we work on projects that are fulfilling for everyone. We get involved in lots of crafting activities so that we have something to do while we chat. Most recently we completed a set of poppies that we crafted for the commemoration of the end of the First World War.

I love my life in Rugby, and I’m very proud to call it my home.