You are here: Home>Locations>Baginton>Site of Saxon Settlement to West of Baginton Church

Site of Saxon Settlement to West of Baginton Church 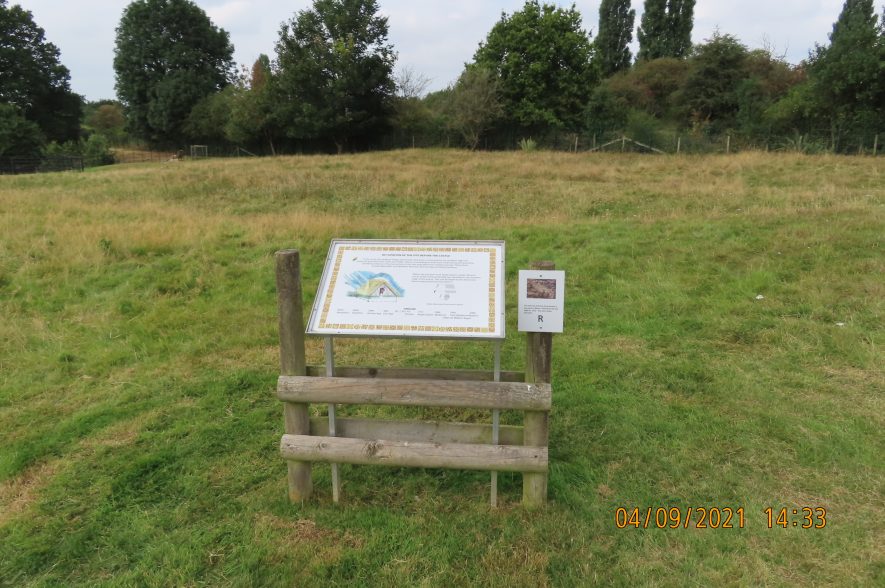 Site of Saxon Settlement to West of Baginton Church
Image courtesy of Gary Stocker.
Description of this historic site

The site of an Anglo Saxon settlement dating to the Migration period. The remains of a sunken hut were found during an excavation. Fragments of pottery were found in a pit inside the hut. The site is located in the area of Baginton Castle.

1 A Saxon grubenhaus was observed in the section (III) of a gravel pit which extends from the castle to the church. Inside the hut dirty sand seems to have banked up on the W side. Above this was an occupation layer into which a small pit was dug; this was covered with more occupation material. Throughout the filling was Saxon pottery.
2 One of the pottery vessels was examined by J N L Myres, who stated that it was a normal pagan Saxon form, perhaps dating to around 500 AD.
3 Section.