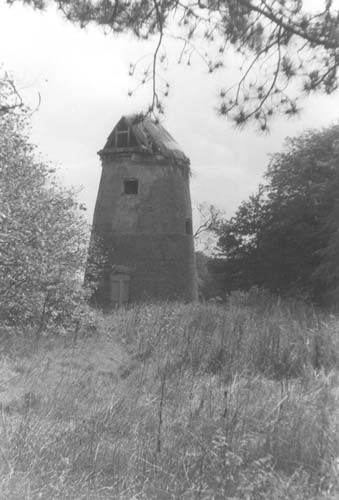 Rowington Green Windmill, the remains of a tower mill built in the Imperial period. It was converted to steam, but ceased operating in 1916. During World War One it was used to house German prisoners. It now forms part of a house complex.