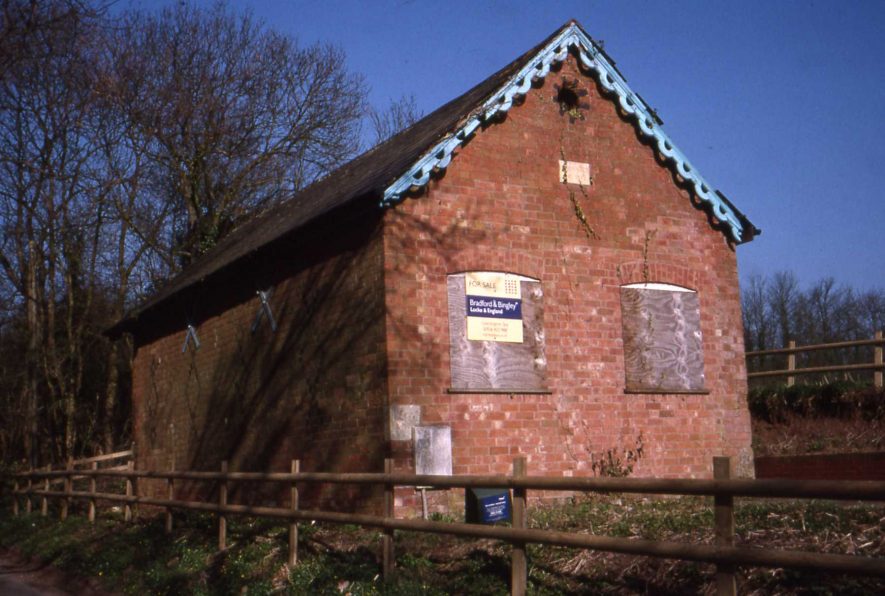 A Methodist chapel that was built during the Imperial period. The building is no longer in use as a chapel but is situated on Plott Lane, Stretton on Dunsmore.

1 Former Primitive Methodist chapel. A very small building, seating perhaps 25 or 30. Of red brick, with blue brick diaper patterning. Slate roof, prominent carved bargeboards, a small central porch. Dated 1871, enlarged 1873. No longer used, and appears to be under conversion to other use.