You are here: Home>Locations>Kineton>Kineton Medieval Settlement 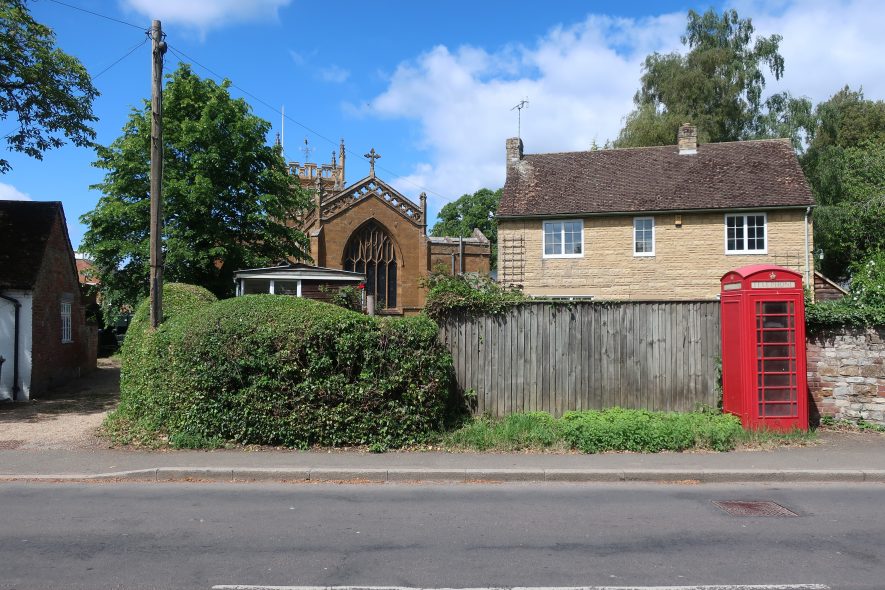 The possible extent of the Medieval settlement of Kineton, as suggested by the Ordnance Survey map of 1886. Kineton is considered a 'typical' example of medieval urban failure.

1 The possible extent of the Medieval settlement, based on the first edition 6″ maps of 1886, 45 SE and 51 NE.
2 Market (Letter close) mercatum Tuesdays granted 28th August, 1220 by King Henry III to Stephen de Seagrave. To be held at the Manor. Tuesday market granted to Stephen de Seagrave on 10th Feb 1227 granted again on 26 December 1228 and 28 January 1230. Fair Charter vigil feast morrow of Peter and Paul (29 Jun) granted 26 December 1228 by King Henry III to Stephen de Seagrave. Mandate to sheriff of Warwickshire to proclaim the fair and cause it to be established 30 November 1228. Fair granted to stephen de Seagrave on 28 Jan 1230.
3 Kineton is listed in Domesday. It is in Fexhole Hundred and the Phillimore edition has a grid reference of 35,51.
Ref 1,2 (Land of the King) Kineton and Wellesbourne. King Edward held them. 3 hides. Land for In lordship 6 ploughs; 3 male and 2 female slaves; 100 villagers less 7 and 18 smallholders with 32 ploughs. Meadow, 130 acres; woodland 1/2
league and 2 furlongs long and 4 furlongs wide. This is the manor and outlier together.
4 The 1886 map shows a large village with a number of empty plots and small fields, some of which contain orchards. There are lots of bendy back lanes. The settlement is bounded to the south by the River Dene; on the other sides there is no continuous boundary hedge, but a mixture of hedges, footpaths and stepped fields. The church was first mentioned in the C12th. Ridge and furrow plotting has not yet been done for this parish.
5 An evaluation in 2004 revealed the remains of a stone building dating to the 12th/13th century with intermittent use through to the 18th century. Metalled road surfaces wre also found with similar dating.
The earliest feature found was a 9th century ditch with two 11th to 12th century ditches nearby.
It seems that there was an intensity of activity in the 12th to 16th centuries with an abandonment period sometime during the 16th/17th century. Later use seems to have continued up until the 18th/19th century when the site seems to revert to open ground or as an orchard.
6 AP from 1953.
7 Kineton is considered to be a typical example of a medieval urban failure. It was a small planted borough of the 13th century, with burgage plots, a market, a shop and a small artisan community. The nascent borough propsered in the 14th century, but by the end of the 15th century the situation had changed; the number of tenants had fallen dramatically, land was no longer held by burgage tenure, and those who remained no longer practised any crafts but now worked on the land. After little more than 200 years, the small town with its urban economy appears to have faded and been remoulded into a rural settlement with an agricultural economy. The article contains a depth of historical research for Kineton, including a map depicting burgage plots and market infill (Map 1).
8 Archaeological monitoring at land off St Peter’s Road recorded substantial archaeological remains associated with the medieval borough and the rest of the village of Kineton. A limestone rubble surface was recorded, likely laid down as hard standing, a yard associated with buildings along the former market place, now Southam Street, to the west. An east-west aligned ditch, containing 13th century pottery, most likely formed a burgage plot boundary dating to the establishment of the town by Stephen de Seagrave. This would attest with the historical evidence, summarised in source 7, that the borough consisted of ten and a half burgages, but that many of them were subdivided. A pottery assemblage consisting of over 250 sherds, attested to the trade links of 13th and 14th century Kineton, with pottery coming from (inter alia) Alcester, Banbury, Brill/Borastall, Chilvers Coton, Coventry, Deritend, Potterspury, Warwick and the Malvern area.