You are here: Home>Locations>Kenilworth>Kenilworth Castle: Phase 1 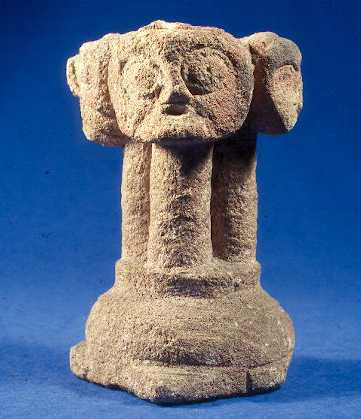 Phase one of the building of Kenilworth Castle shows that it was originally built as a motte and bailey castle from 1122 onwards . The motte is still visible as an earthwork, inside the later great keep.

1 The stone castle is built on the remains of an earlier mount and court fort, some of the earth foundations of which are still traceable. The spot where the castle stands is well chosen for defensive purposes; it is a knoll of rock and gravel forming a headland just below the junction of two streams. Upon this strong site a mount and court fort of earth and timber was constructed. The original moated mound was probably close to John of Gaunt’s Hall, or alternatively on the site of the Norman keep. The keep still encloses within its walls an artificial mount about 3 to 4.6m high. The inner ward of the later castle probably occupies the site of the courtyard and is about 0.53 ha in extent. The ground falls steeply on all sides except the E where there is a deep ditch. The early castle may have had a secondary courtyard of 3.1 ha.
2 Geoffrey de Clinton may have been the first to build here soon after 1122. It has been argued that a motte and bailey castle existed first, but for this there is no evidence. The keep may represent the first phase.
3 The masonry keep is probably late 12th century and could postdate a motte and bailey castle. An excavation in 1960 indicated that the outer ditch was either dug or cleaned out in the 12th century and located a post hole, possibly from a Norman palisade.
4 Ancient Monument List. Previously Scheduled as Warwickshire Monument No 1.
5 SAM List.
6 Listed Building List. An important early 12th century keep. The late 14th century banqueting hall is comparable with Westminster Hall. There are associations with John of Gaunt and Queen Elizabeth I.
7 Excavations at Leicester’s Stables (which is built against the curtain wall between Lunn’s Tower and the Water Tower) revealed 5 phases of building spanning the 13th to 20th centuries.
8 Plans.
9 Brief details of unpublished excavations in the Kitchen area (1938); Gaunts Tower (1956); the Gallery Tower (1968); and west of the hall (1983).
10 Watching brief south of the Swan Tower by Warwick Museum in March 1990.
11 Revised Scheduling information.
12 Observation of 2 areas to the north and south of the Gatehouse revealed the west face of the 16th century moat bridge, together with demolition material associated with the slighting of the castle in 1651. An undated floor or trackway were recorded close to Mortimer’s Tower and garden features associated with the 17th to 20th century domestic occupation of the gatehouse were recorded.
13 A fine stone oil lamp found in 1848 at the castle. The lamp has a reservoir for oil in which a wick would be floated, this is of a type called a cresset lamp, in use in the medieval period.
14 A programme of resistivity survey and Ground Penetrating Radar Survey centred upon SP 280 722 recorded several anomalies which had a high potential to be of archaeological origin. These included high and low resistance area anomalies, complex ground penetrating radar responses and inclined events. Due to the small area of the survey the significance of these features is unknown and may require further investigation.