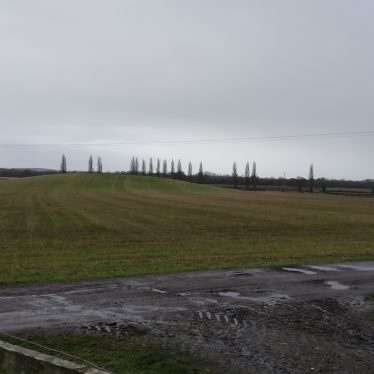 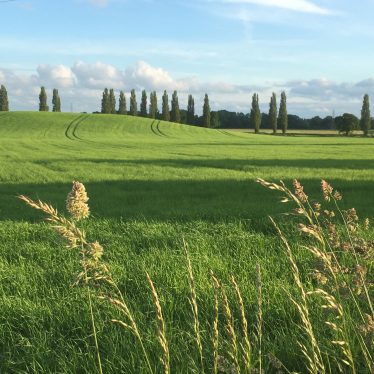 At the centre of an enclosure of unknown date are the possible remains of an anti aircraft battery dating to the Second World War. The features are visible as cropmarks on aerial photographs and are situated on Frizmore Hill.

1 Large enclosure shows on AP.
2 A natural feature. However some marks in the centre would appear to have been WWII gun batteries. (Info from the farmer).