You are here: Home>Locations>Astley>Duke of Suffolk's Monument, Astley 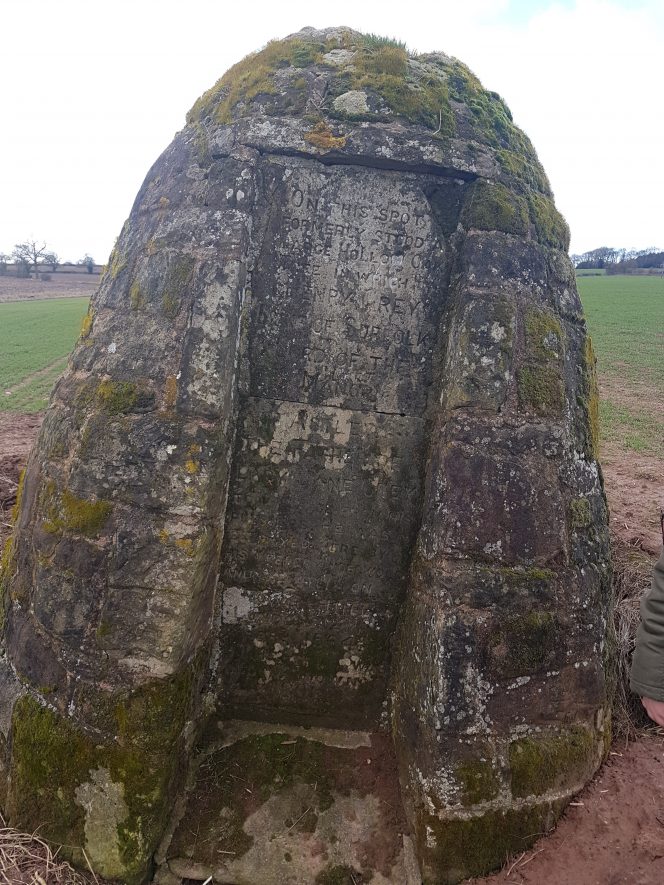 The Duke of Suffolk's Monument, a commemorative monument to Henry Gray who reputedly hid in an oak tree on this site to escape capture. The monument was erected during the Imperial period and is situated 500m south west of Astley.

1 Duke of Suffolk’s monument. Monument of stone blocks, 1.96m diameter at base and 2.3m high, with inscription ‘On this spot formerly stood a large hollow oak tree in which Henry Grey, Duke of Suffolk, Lord of the Manor of Astley, the father of Lady Jane Grey, took refuge from his pursuers. He was betrayed by his keeper, Underwood, and executed on Tower Hill, London, 12th February 1554’. The tree was blown down in 1891.
2 About 200 yds to the S of a track between the church and Dukes Farm there are the remains of a hollow oak-tree in which the Duke of Suffolk was reputed to have taken refuge. Beside the rotting remains of an ancient tree-trunk there is now a sandstone monument recording the fact.
3 The rough location of the monument is shown on OS 1:10,000.