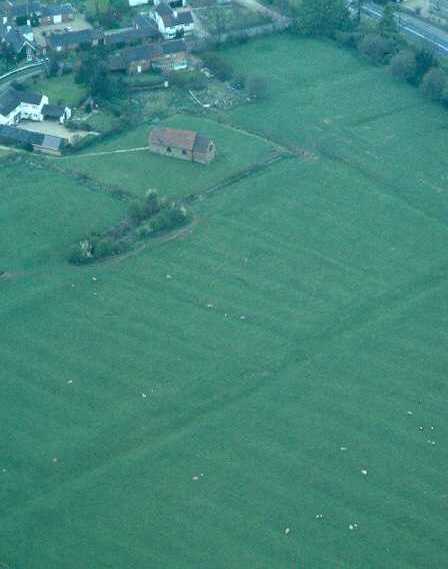 The Church of St Mary, a chapel that was originally built during the Medieval period. It was largely restored during the Imperial period. The chapel is situated in Wibtoft.

1 Chancel and nave. 16.8 M long. In the 19th century it was rebuilt in red brick on the sandstone plinth of the earlier church except at the W end, where the lower half of the original wall, of alternate courses of ashlar and rubble, has been retained. The arch of the original pointed doorway which was in the south wall has been rebuilt into the west wall on red brick jambs and its place taken by a window. On the west gable there is a bell-cote for a single bell. It is lighted by a window on the east and by two on both the north and south. All the windows are pointed, with wooden frames. The interior is plastered, the floor tiled, and the western end of the nave is partitioned off as a lobby and vestry. There are no memorials and all the fittings are modern. The chapel of Wibtoft dates back to medieval times; it has always been served from the mother church of Claybrooke (Leics).
2 Medieval W wall and part of the S wall. In other parts re-used Medieval stones and also brick. The windows look early 19th century, the small bell-turret is probably of 1889.
3 Small church. Dated 1634, but with medieval origins and remains. Rebuilt early / mid 19th century. Coursed squared and rubble limestone west and south walls, with stone plinth throughout, largely rebuilt in English bond brick. Plain-tile roofs. One-bay chancel, 2-bay nave. Chancel has 2 low east buttresses. Painted wood lead-latticed windows throughout. 3-light Tudor-arched east window has simple tracery. Gable has moulded datestone. Nave windows have Y-tracery and metal casements with irregular brick surrounds. West front has chamfered arch doorway with brick jambs. Old studded plank door. Simple timber bellcote, probably of 1889, has pyramidal roof. Simple interior is plastered. Chancel has boarded roof. Octagonal stone font, chamfered to square base, has blind quatrefoils to alternate sides.
4 A view of the church in the Aylesford Collection (c1820) shows a simple building of structurally distinct chancel and nave with no features apparently earlier than the 15th century.

Linkedin
More from Wibtoft
More from Chapels and Churches