You are here: Home>Locations>Cubbington>Church of St Mary, Cubbington 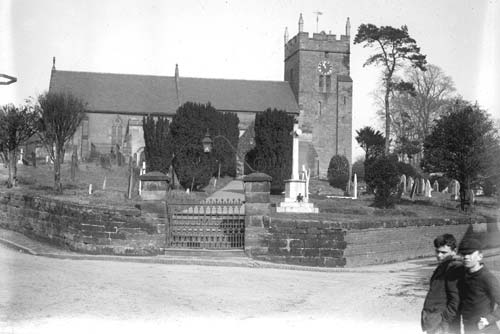 The church of St Mary which was built during the Medieval period. The chancel was repaired in 1780 with further work carried out during the 1800s. It is situated in Cubbington.

1 Chancel with N and S vestries, clearstoried nave with N and S aisles, S porch, and W tower. Earliest part is the S arcade of early 12th century date. Tower of exceptionally massive construction added about the end of the 12th century. Aisles may have been rebuilt during the 13th century, to which period the S doorway belongs, but the windows, insofar as they are original work, belong to the 14th century, when the chancel appears to have been rebuilt and probably lengthened. The chancel was repaired in 1780, and about 1830 considerable repairs were done to the S aisle. Very extensive restoration in 1885, when the N arcade was completely rebuilt, both aisles extended E to form vestries, and the porch rebuilt. Nave and chancel roofs renewed 1899. Font may be of 12th century date. Cubbington was at first a chapelry of Leek Wootton, and so granted to Kenilworth Priory at its foundation in 1122; it had become a separate parish by 1331.
2 Plan page 77.
3 Photograph of the interior opposite page 73.
6 Noted by Ordnance Survey.