You are here: Home>Locations>Caldecote>Watling Street 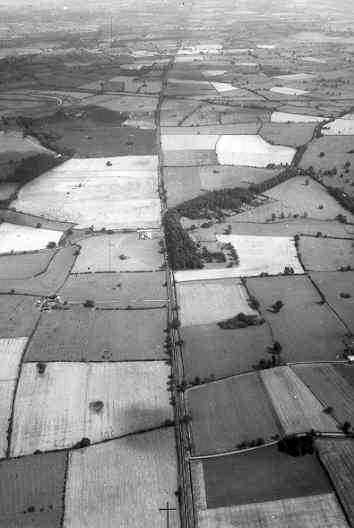 Watling Street, a Roman road running from London to Wroxeter which passes through Warwickshire.

1 The early Watling Street, at Mancetter, appears to have been about ten feet wide and south of the present line.
2 In 1975 a proton magnetometer survey was carried out. Also in 1975 two trenches were cut, the first revealed the road ditch of Watling Street. It was found to be of two periods and contained pottery, some ironwork and a Trumpet brooch.
3 This from London to Wroxeter, and acts as Warwickshire County boundary with Leicestershire for some distance. Constant use through many centuries has presumably destroyed almost everywhere its Roman surface. However, there is a story that during the sewage works in Atherstone in 1868, the old Roman paving was found at varying depths, marked with the grooves of Chariot wheels, and laid in slabs like those of the forum in Rome. It is not known how true this story is.
4 Watling Street in Warwickshire is very straight and generally raised by 1-2 foot, except where somewhat sunken in climbing over hills. Stretton House (south of Hinckley): modern road diverted slightly. Near Caldecote, just after crossing a railway, a slight but definite turn is made more to the westward, and this new alignment is followed rigidly for seven miles through Atherstone to Dordon. A mile north west of Caldecote is a branch road to Leicester. North west of Atherstone the road is again very straight, but not so noticeably raised, and just beyond Dordon, on a high point, the alignment is again changed to bear a little more westward.