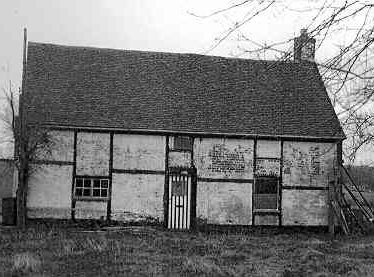 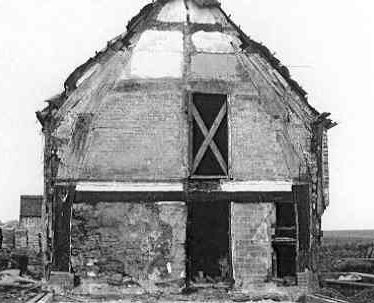 The exposed cruck frame in a Medieval cruck house, Over Whitacre
Warwickshire County Council
Description of this historic site

A Medieval cruck house which is situated on Harley Lane, Whitacre Fields. The cottage is a listed building.

1 Barber’s Farm Cottage is a Grade II Listed Building of 15th century date (though altered and extended in the 19th century), and is one of the oldest vernacular buildings in the parish. It was originally of cruck construction. A programme of archaeological observation and recording in 1998 revealed the south cruck of the 15th century cottage, together with evidence for later alterations. The earliest internal feature recorded was a 17th century fireplace and ash pit; the remains of an earlier floor were recovered.