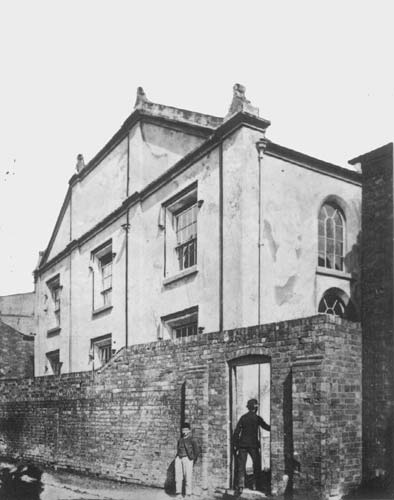 The site of a chapel which was built during the Imperial period. It was later used as a school and then as a warehouse. The chapel was situated in Chapel Street, Rugby but no traces of the building are visible.

1 Built 1823 and used until 1869 when the church in Market Street was completed. After that it was used as a day school for sixteen years until it became a warehouse. The Rugby Co-op bought the building in 1911.
2 A large edifice of red brick with black bands and white stone dressings in the Gothic Early Pointed style. Tower at front, and a wheel window, designed by Ellison.
3 Reference 2 refers to the second chapel. Neither building could be found, and it is assumed that both have been demolished.

Linkedin
More from Rugby
More from Chapels and Churches