You are here: Home>Locations>Cubbington>Site of Windmill 100m NE of Newhouse Farm, Cubbington 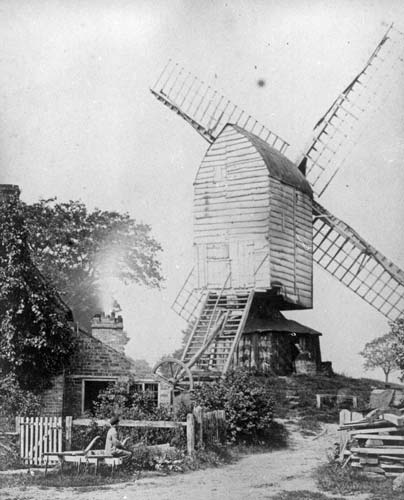 There is documentary evidence for a windmill at this site from Medieval to the Imperial period. It stood at the north west of Cubbington.

1 A windmill is mentioned in 1355 but not in later records until the 18th century.
2 The windmill stood at the top of the hill now known as Windmill Hill, where there is now a farmyard facing the Rugby Road. Pulled down in 1870.
3 A windmill is shown at the above grid reference.
4 Built by 1789. Demolished c1870. Post mill with Midlands type round house.