You are here: Home>Locations>Charlecote>Charlecote Mill 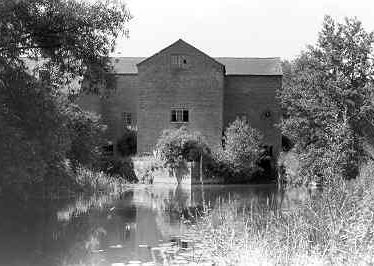 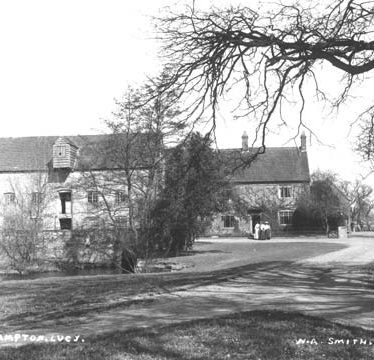 Charlecote Mill, a watermill recorded in the Domesday Survey and in written sources from the Post Medieval to the Modern periods. The present building dates to the 18th century, with two undershot water wheels, and two sets of milling machinery. It was restored in 1978.

1 In 1086 a mill is recorded. References also occur to this mill in the 17th, 19th and 20th centuries. The mill operated until the early 1950s and restoration of the mill to working order commenced in May 1978. The buildings date from the 18th century. It is a three storey brick structure with centrally placed lucam and an extension to the rear. There are two large internal undershot waterwheels and two complete sets of milling machinery.
4 Repair work in 1979 uncovered the date 1753 and a mason’s mark carved in the stone foundation below the water mark. A further inscription ‘This bedstone put in 1806’ was seen on a beam.
5 Photograph taken in 1979.
6 There is a mill pond to the W of Charlecote Mill and also a sluice mechanism for controlling the water flow. A further pond to the S of the building is now nearly dry. The mill race is about 1/4 mile in length approaching the mill: it leads out of the latter pond to rejoin the Avon further downstream. The mill, mill race and pond are part of the same complex.