You are here: Home>Locations>Bedworth>Camp Hill Hall 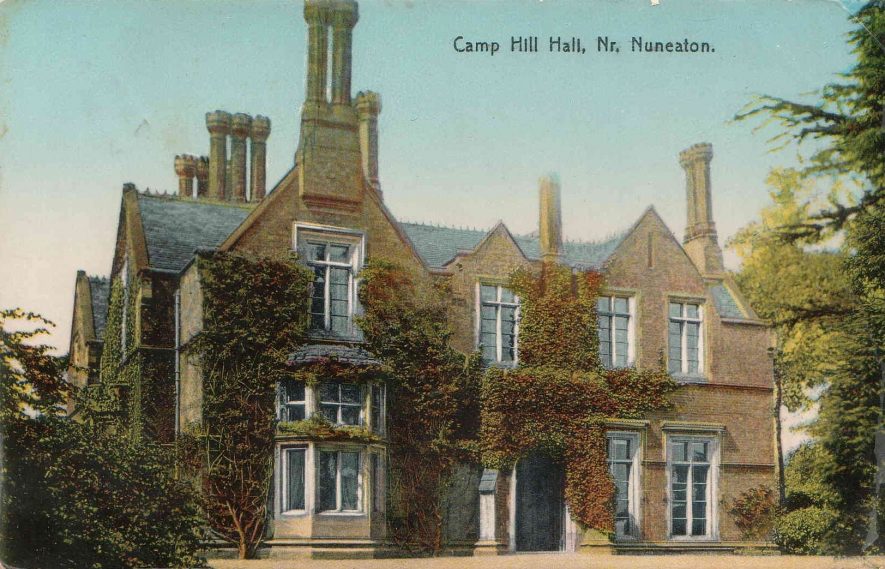 House and grounds constructed in the 18th century and demolished in 1939. The site lies in Camp Hill close to the present day church.

4 Camp Hill Hall demolished in 1939, only a lodge and an avenue of trees in Camp Hill Drive remain.

6 Camp Hill and a building (hall looking with wings) marked on 1842 Tithe Map. John Craddock esq. is noted as owning land and estates around and next to Camp Hill.
*Note Copies of photographs in FI file.
7 Foundations of Camp Hill Hall and some of its outbuildings were found in evaluation trenches 1-4. The area that is now nos 6,8 Hornbeam Close and nos 81-91 Tudor Close.