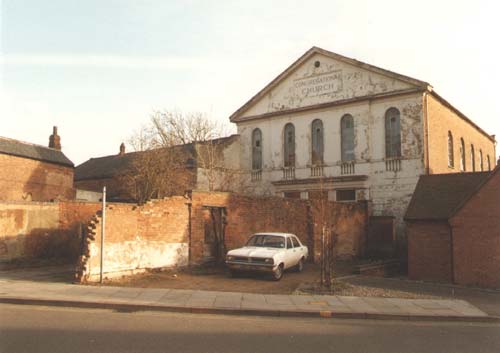 Brook Street Congregational Church, Warwick, was a Nonconformist chapel built in the Imperial period. It was closed for worship in 1981, and has been converted to offices.

4 Seceders from the Presbyterian society built a chapel here in 1758. It was enlarged in 1798 and further enlarged to the front and heightened in 1826 to the designs of T S Whitewell. Of brick with a rendered front and a slate roof. The front has a pediment, five bays with round-arched windows, and a porch. 19m by 12.3m externally. Closed c1981.
6 Has been converted into offices.
7 Letter from 1949.

email
More from Warwick
More from Chapels and Churches