You are here: Home>Locations>Dunchurch>Boughton Endowed School 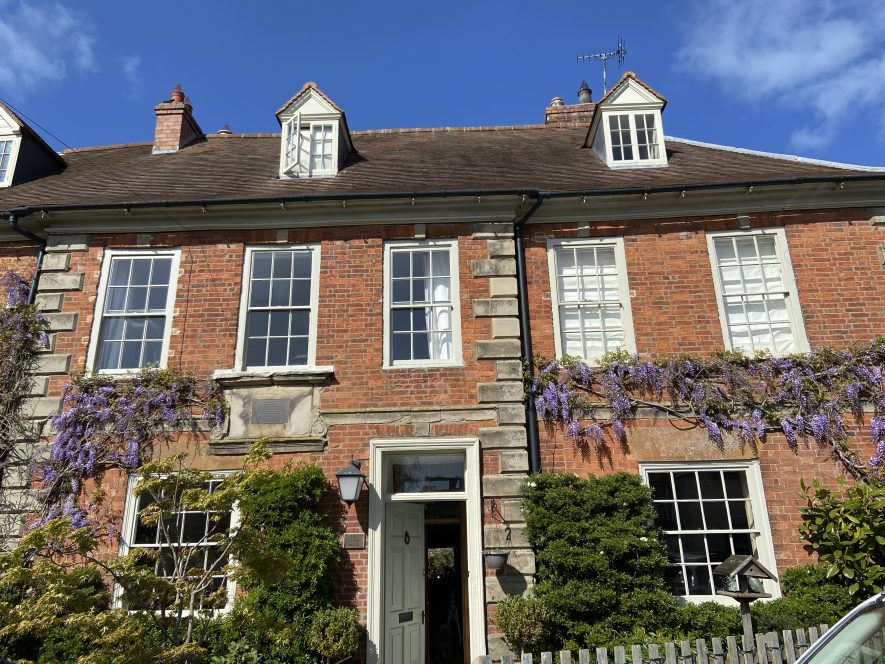 Boughton Endowed School which was built during the Post Medieval period. The school building has now been converted into houses. They are situated on Vicarage Lane, Dunchurch.

1 House, now 2; formerly a church school. 1707. Considerably altered 19th century and 20th century. Designed and built by Smith of Warwick at the expense of Francis Boughton. Flemish bond brick with stone string course and rusticated quoins to centre and angles. Tile hipped roof; brick ridge stacks. U-plan with wings to rear. 2 storeys and attic; originally 2:3:2 bays, now 4-window range.
2 Francis Boughton, who died in the year 1707, did by his last will bequeath the sum of 400 guineas in order to buy a small piece of land as near Dunchurch Church as might be, and to erect thereon a schoolhouse sufficient for a schoolmaster and his family.
3 Most of the windows are blocked or altered.
4 A red-brick building with stone dressings, now divided into two residences, formerly a church school built in 1707.
5 The school has been converted into a family dwelling and modern windows on the left hand side of the building somewhat spoil the character of the older structure.