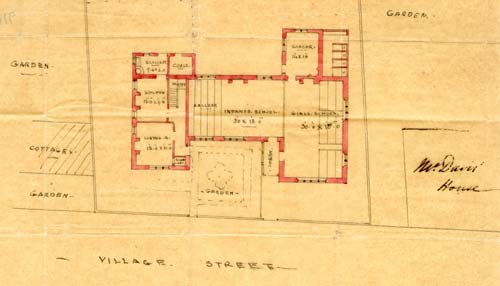 Brailes Free School was founded in the Post Medieval period and continued in use until the 1960s. It was situated to the east of the church at Lower Brailes.

1 The Free School was founded in 1533. The school was being maintained by an annual payment of £8-1s-8d out of the yearly church revenue. The chantry commissioners during the reign of Edward VI found ‘that a grammer scole hath been continuallye kept in Brailes’, and ordered its continuance, with John Pyttes as master. The Guild Hall was used as the school house until 1819 when it was rebuilt on the same site near the churchyard. The school for boys was still flourishing, but now as an endowed elementary school, until 1916 when an amalgamation with girls and infants took place and new premises were required but the older building was still used occasionally as an annexe to the junior school, until 1960. Today the building is still in use for meetings of church members.