A former almshouse in Warwick 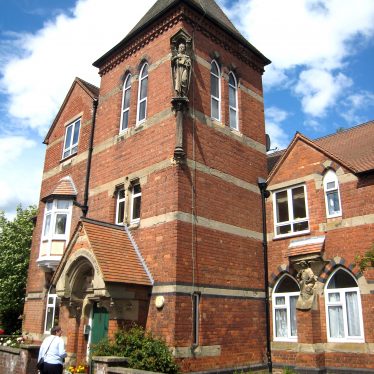 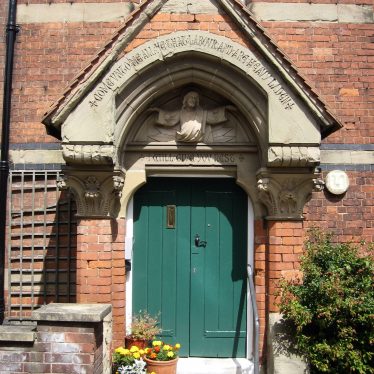 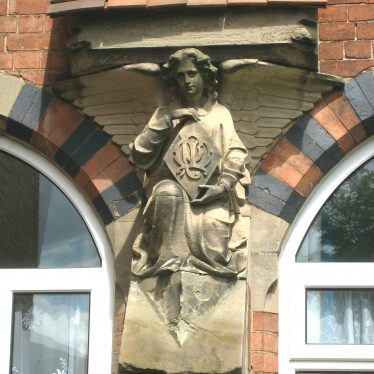 This almshouse was founded by Miss Marianne Phillips in the 1860s as a hostel for 12 poor, unmarried women. She left a £2,000 endowment for the almshouse. It was built beside the old church of All Saints (along with a schoolteacher’s house next door) on land donated by the Earl of Warwick. The building is splendidly decorated with statues and texts etc. A full set of the original paternalistic rules survives: residents were not allowed to marry; they were not allowed out for more than an hour without permission and had to attend twice daily prayers & church services two or three times a week. There was a resident matron and a ‘superior’, who was the curate of All Saints.

In the 20th century

The almshouse was still in use in 1901, but by 1931 uninhabited, and by 1938 of great concern to the trustees. At the beginning of the war in 1941 the hostel was occupied by members of a religious community (The Society of the Incarnation) who had been bombed out of their home at Saltley in Birmingham. The Rev. D. Saberton raised an appeal to restore the building for the benefit of residential choir boys, some of whom had no home of their own.

In May 1941 they welcomed eight boys who came to live at Emscote under the guardianship of the Reverend Mother and the Sisters at St. Edith’s (it’s not clear whether the sisters helped to run the choir school or just provided residential care for the boys). For St. Edith’s Day – September 16th 1942 – the Vicar wrote: “The house once an eyesore and disgraceful ruin that faced us as we came to worship now shines and sparkles with life and energy. What we have there in reality [is] our resident choir school for which we pay nothing. Ten boys are clothed and fed and looked after there and sing our daily services.” In March 1945 the Choir Boys performed a concert at Holy Trinity Coventry in aid of St Edith’s restoration fund.

Old people and those with special needs

After the war the choir school ceased to operate and the buildings were again left empty and became dilapidated. They were eventually repaired and modernised as self-contained flats for old people in the 1960s, thus returning St Edith’s closer to the donor’s original purpose. Nowadays they are used to provide supported living for disabled people and we can still admire this delightful Victorian building that was so nearly lost.

The information for this post comes from documents at the Warwickshire County Record Office (DR 395/19), WH Morley’s Review of Local Charities for the Poor and the sick in Warwick, 1973, and personal communications from local residents.