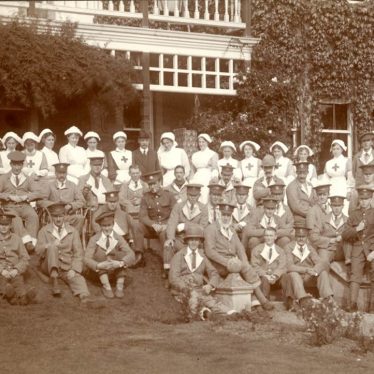 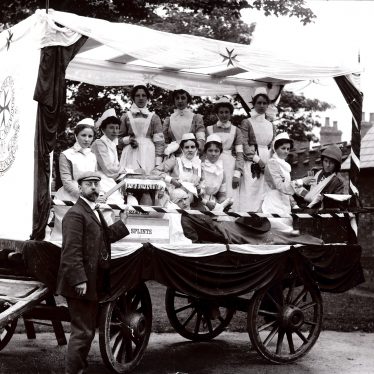 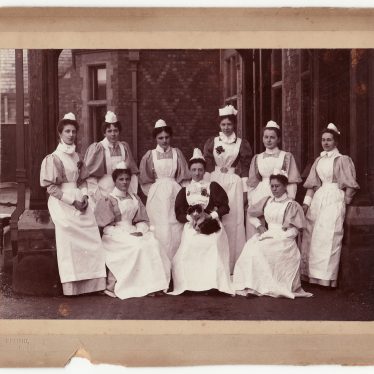 During the First World War, The British Red Cross set up temporary auxiliary hospitals/convalescent homes across the country for less seriously wounded servicemen who often just needed time to recuperate.

The extra capacity these homes provided were necessary because the First World War put an ‘exceptional strain’ on services at The Hospital of St Cross; with the 62 beds always full. In 1914, 200 Belgian refugees arrived in the town with the board agreeing not to charge for treatment. In 1915 2,500 troops were stationed in the district; there were no beds reserved for soldiers, only accident and emergency cases were treated. Demand was so high that a letter to all local practitioners advised, “it was impossible to admit all “chronic, incurable or moribund patients”.

Many of the medical staff and administration had enlisted to the armed forces, and at its worst there were only two Medical Officers left in Rugby. Meanwhile, visiting consultants saw 59 cases. It became increasingly difficult to fill vacancies; to help, St Cross ran crash courses in nursing  as soon as war broke out. One of the people to take the course was Lady Dorothie Feilding from Newnham Paddox, who became famous for her exploits as an ambulance driver on the frontline.

The cost of the hospital rose significantly and in mid 1918 the hospital started raising funds for improvements including extra staff, a resident Medical Officer, and staffing accommodation.

To discover more about Dorothie Feilding and Rugby’s role in the war visit the ‘Local Heroes’ and ‘Lady Dorothie’s War’ exhibitions at Rugby Art Gallery and Museum.