You are here: Home>Locations>Warwick>Northgate House

Quite an upmarket council house! 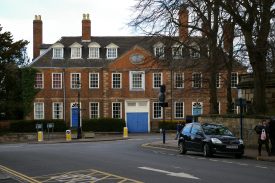 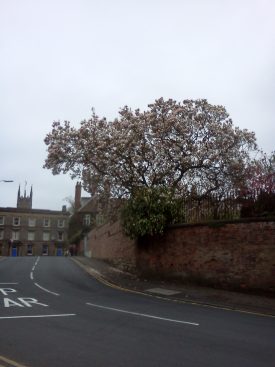 Northgate House is now used for among other things, meeting rooms for the council. This wasn’t always the case however.

In the early 1950s, my father worked for local government and moved from Norfolk to Warwickshire. As there was a shortage of housing just after World War II, his new employers promised to house him in a local authority property. The first property that we lived in for a few weeks was the Judge’s House in Northgate Street. A longer term solution was then offered which was about half of Northgate House, the other part being occupied by another family.

Playground for a small boy

I remember it as an ideal playground for a small boy with trees to climb, a lawn big enough to learn to ride a bike, and an old chapel in the vegetable garden; not to mention a couple of rooms big enough for a respectable football pitch. My sister founded the Magnolia Club which met under the magnolia tree that can still be seen today at the back of Northgate House. The purpose of the club seemed to be to charge older relatives a subscription of 6d.