You are here: Home>Locations>Leamington Spa>South Africa to South Warwickshire: A Journey of Pride

South Africa to South Warwickshire: A Journey of Pride 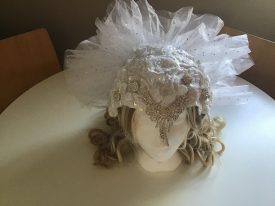 One of Sassi's fabulous headdresses.
Image courtesy of Healey Moyes 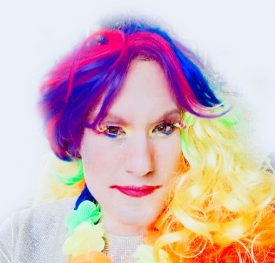 I was born in 1984 and lived in Johannesburg, South Africa until the age of 15 when my family moved to the UK. We moved around a lot at first, but eventually I settled into Leamington and I liked the area straight away.  This is where my journey to being myself and helping others really started.

Settling in Leamington, looking for support

I knew that I was gay, but did not have any support for that. I wanted to meet other LGBT+ people and find help to be myself. I started college and began to take part in social activities and I met Daniel and the Push Projects team at the Peace Festival in 2013. They were a youth group at the time and I started going to meetings and to really get involved, which helped me to build my confidence and meet new people.

When I became too old to go to the Youth Group, I asked to be a volunteer for them. I had seen many LGBT+ young people damaged and hurt, because people did not accept them and I wanted to give back to the group that had helped me. This was my first step into activism.

How my childhood influenced my alter-ego

When I was a kid in South Africa, I’d dress up in mermaid tails and give performances. I told this to the youth workers and they told me I could be anything I wanted to be. They helped me create Sassi Afrika, my drag alter-ego, and booked me a slot at Warwickshire Pride. In August 2013 I made my debut as Sassi.  I wore an Eliza Mirel wig and my heels were too big for my feet, but I worked it and felt confident. I wanted more, to do more to help.

After that I started to think about how I could do more to help LGBT+ people and people with disabilities. I kept hearing about so many LGBT+ people getting beat up and shouted at. I could not let it keep happening.

My journey to today

In 2016 I became a trustee of Warwickshire Pride. Now I am in charge of running some of the support groups. Over the years I have helped hundreds of LGBT+ people to be who they are. It is something I am passionate about.