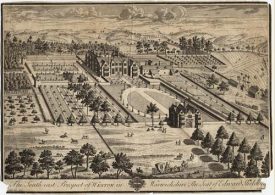 View from the South East of Weston House near Long Compton. Engraving. 1716. The drawing was made by Henry Beighton (Henry Beighton delin.) and executed by E Kirkall (E Kirkall sculpt.) It was made for a revised version of Sir William Dugdale's Antiquities of Warwickshire, re-issued in 1730.
Warwickshire County Record Office reference PV.COM.LON.Wes.1 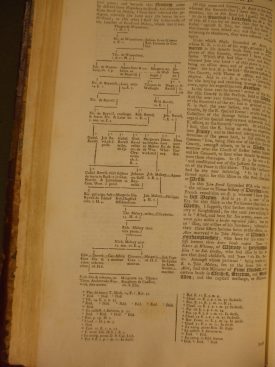 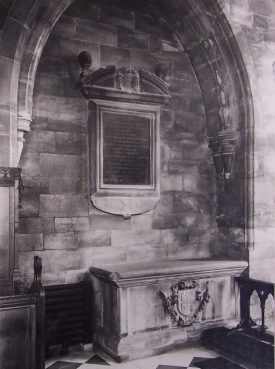 Towering over scholarship on Warwickshire’s Past is the figure of William Dugdale, author of the Antiquities of Warwickshire. Born in 1605 in Shustoke, he lived at Blyth Hall in the parish from 1625 until his death in 1686. He was buried in the parish church in Shustoke, and his tomb can be viewed to this day.

Dugdale is important, not just for the content of his work, but for his scholastic approach which influenced county history for centuries to come. The approach Dugdale took to his county history of Warwickshire influenced the structure and pedagogical approach of the Victoria County History. Beyond the text itself however, just how and why has Dugdale’s reach continued to the present day?

It is not just Dugdale’s approach to his subject matter that allowed for his longevity. His Antiquities relied upon the contribution of other scholars, yet it is Dugdale’s name that appears as sole author. Notwithstanding that this practice of assimilation and borrowing was seen as more acceptable in Dugdale’s time, his name as author allowed the text to be associated with the cultural authority that was invested in him, and thus gained his work a level of gravitas that allowed for its continuing status as defining text within the field.

The authority of print

Dugdale “had a practical and businesslike approach that took scholarly work through to publication, while some of his contemporaries were content for work to lie in manuscript in their studies” (Dyer 2009: 4). The act of printing not only fixed the words as text, gave them an air of solidity, permanence and authority, but this also allowed the information to be disseminated to a wider audience than might otherwise be the case. Although it is possible to overstate the case for its impact on the collective consciousness, the very fact the work was in print gave it a cultural awareness it may not otherwise have.