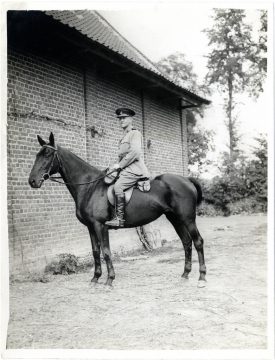 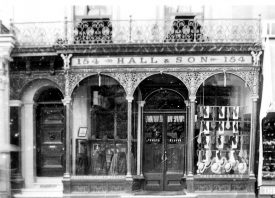 I had a look through the day book from the ‘Hall & Son, Tailors’ collection held at Warwickshire County Record Office1.  Hall & Son were based at 154 The Parade, Leamington Spa.

The day book (1913-1916) listed the garments made or repaired each day, including the cost and the customers’ names.  Several of the entries concerned army uniform.  I hadn’t realised that the World War One officers provided their own uniforms.  The items supplied ranged from service jackets, Bedford cord breeches, and British Warmer overcoats down to shirts, service caps, collar badges and stars.  Uniform (grey-green, not khaki) for the Volunteer Training Corps was also bought.

Some customers purchased uniform several times over the years so perhaps these were local men.  One certainly had local connections, Rev Ronald Irwin who served as Chaplain to the Indian Army.  After World War One he became the Vicar at Lillington.  From 1914 to 1916 he bought several jackets and breeches, and had items cleaned and repaired before being sent back to him in France

1 More details of customers and uniforms supplied can be seen on the World War One records database, using collection number reference CR3446