You are here: Home>Locations>Rugby>Brotherhood House in Rugby 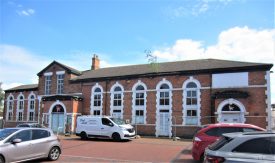 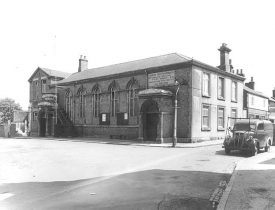 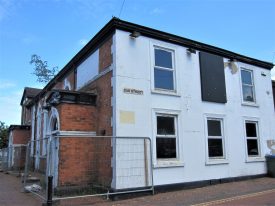 Side of Brotherhood House, Rugby, 2021
Image courtesy of Anne Langley

The Brotherhood House in Gas Street Rugby has an interesting and varied history.

It was built as a Particular Baptist Chapel around 1803 with a vestry and a 3-stalled stable; by 1845 a schoolroom had been added in place of the stable. In the early 20th century, the chapel was sold to help fund a new Baptist Chapel in Regent Place.1

In 1906 the building was bought by the rector of St Andrew’s Church for £1,500 for use as a parish hall. Children from the Murray School used it as a dining room.

In 1932 the building was purchased by the Rugby Brotherhood and renamed Brotherhood House.2 Non-conformist congregations in Rugby had joined together in 1912 to form the Rugby Brotherhood. They recruited around 400 members and held regular meetings. By March 1913 they had an associated athletic club and in 1916, during the First World War, they sent Christmas cards to their members in the trenches.3 Brotherhood House became a lively community centre that was hired for various activities during the 20th century: a jazz club, a youth club, dances, jumble sales and rehearsals for the local theatre.

More recently the building became the 1A Bar and Grill, but this failed.4 It is now derelict, fenced off, and the site is clearly ripe for redevelopment.

Do tell us if you have memories of activities in this building.

Linkedin
More from Rugby
More from Chapels and Churches
More from Community, Meeting, and Village Halls