You are here: Home>Locations>Rugby>An Apprenticeship at British Thomson-Houston in the 1950s

An Apprenticeship at British Thomson-Houston in the 1950s 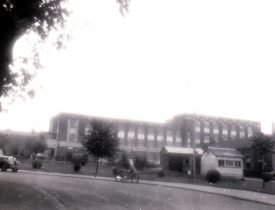 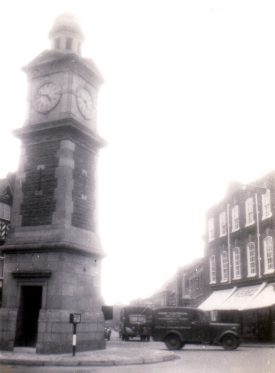 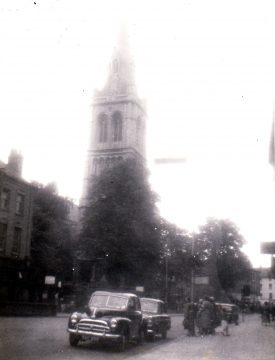 I started a five year student apprenticeship at Rugby, straight from school and home in Sussex in 1956. Competition for a place was strong. I believe there were 1,200 apprentices altogether at that time.

Accommodation was provided for the first year at Coton House, Churchover for student apprentices (I think only the old Bothe still stands), and at The Laurels, Dunchurch Road for graduates. Craft apprentices were housed in town. I paid £2 10s per week full board and that included laundry, TV lounge and use of workshop. My starting pay was the same and was matched by a Youth Employment Grant. The balance left just enough to pay for lunches and transport but not much else.

At Brownsover Road there was a dedicated apprentice machine shop beyond the iron foundry and drawing office in town. One day a week was spent at college. After six months we were released for spells in various factory departments. I spent time in Fabrication, where steel sheets for megawatt transformer housings were plasma cut, tacked then precision welded; Heavy machine shop, operating an Asquith lathe to cut steam turbine rotors; Controls, assembling contactors; Maintenance, servicing machine plant, the power house, motors, lamination punches, belting and lighting for the whole site; Research, on early semiconductor wafer technology for power switching. The works canteen at the far end of main avenue seated several hundred workers for a good cooked lunch but still needed two sittings.

I remember the massed arrival of hundreds of employees mainly on foot or cycle at clocking in time, urged on by a wailing siren heard all over town, and often having to dodge between goods wagons shunting around the main avenue.

When things were quiet I used to go exploring all over the site, always stepping out purposefully so as not to be asked for identification. Places like the foundry, often full of choking smoke and fumes; the plating shop, good for re-silvering my mum’s ornate tray; the winding impregnation shop, good for dipping my leaking gauntlets; the underground tunnel network feeding steam heating from the power house to the whole site, good on cold days; and the scrap recycling yard where useful items often found their way into gadgets dreamed up outside.

I can recall several amusing anecdotes from that time. A spell on night shift was endured in the machine shop, but there was rarely any work so I would slope off and hide in the overhead crane cabin for a quiet snooze. The dipped gauntlets were fine until it rained. Then the wonderful shiny gelatine coat dissolved and ran down all over my trusty 1937 350cc Royal Enfield.

When AEI took over in 1958 those on a mechanical engineering course were offered the choice of changing to electronics and I was transferred to AEI New Parks, Leicester. That apprenticeship provided an excellent grounding for a career in engineering, the hands on practical element and multi-disciplined skills acquired, providing a head start out in the real world.

We were presented with a bound copy of “BTH Reminiscences” issued in 1946 which I still have.