You are here: Home>Locations>Rugby>The Origins of Hillbrow School in Rugby

The Origins of Hillbrow School in Rugby 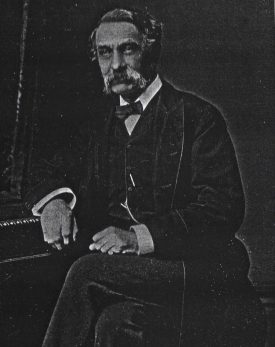 The purpose-built Hillbrow School constructed on the Barby Road in 1870.
Image supplied by Francis Clark-Lowes

Hillbrow School was a prep school founded in 1859 by the Modern Languages teacher at Rugby School, John William Joseph Vecqueray (1826-1901), a Prussian from Aachen by birth. In 1922 the school was taken over by my grandfather, William Scarth Dixon. In the autumn of 1940 a landmine exploded near the school in Overslade and blew out all the windows. The school therefore evacuated to Featherstone Castle, Haltwhistle, Northumberland, but never returned to Rugby.

Mr Dixon retired in 1953, and for one year the headmaster was George Ronald Dampier Bennett, after which, in 1954, my father, Daniel Nicholas Clark-Lowes (Nick) took over. The school amalgamated with St Nicholas’ School at Ridley Hall, Bardon Mill, Northumberland, in 1961, becomeing Hillbrow-St Nicholas School, with my father as Head. But due to disagreements, he left at the end of the Lent term in 1962, and Hillbrow School ceased to exist. St Nicholas’ continued for a couple more years, before closing down.

Hillbrow Preparatory School had its origins in 1859 when John William Joseph Vecqueray, a Prussian gentleman born in Aachen (also known as Aix-la-Chapelle) in 1826, took up the post of Modern Languages Master at Rugby School. According to the 1861 census he was married to an English woman from Kent, Mary Ann, by whom he had at least five children. He lived initially in Dunchurch Street (now Road).

He started a small school (at this stage probably more a tutorial institution) in a building adjoining his house, which later became The Laurels Girls’ School, and was later still (in 1953) a British Thomson Houston hostel. My interpretation of the 1861 census is that Eliza Chippendell, Mary Ann’s sister (I deduce that she was such from the fact that Eliza comes from the same village in Kent as Mary Ann) and other relations, were staying at the nascent school as visitors. There are also six boarder scholars, one ‘BA Oxford & Classical Tutor,’ a governess and five servants listed.

In 1867 Vecqueray moved to Barby Road, and in 1868 the name Hillbrow is first used. In 1870 he built a very substantial purpose-built school where Kilbracken House now stands (not the same building). I suspect that Rugby School helped finance this, and they may also have provided the land. But I’ve not yet been able to find any records to substantiate this hunch.

In the 1871 census Vecqueray is shown with his wife and three children, three assistants, nine servants and six pupils in the Barby Road (presumably in the new building). It seems possible this census was taken during the school holidays, because there would likely have been more boys by then. Perhaps those who were there stayed over the holidays because their parents were in the colonies.

The 1881 census shows the address, for the first time, as Hillbrow Preparatory School, Rugby. Vecqueray is now a widower, living with two of his daughters, three assistant masters, 32 boys and seven servants.

In 1889 Vecqueray remarried, and this was the occasion for him to retire as headmaster, though he continued on the staff of Rugby School, and was also a member of the (presumably municipal) Library Committee and President of the Town and Trade Association. He died on 26th December 1901.