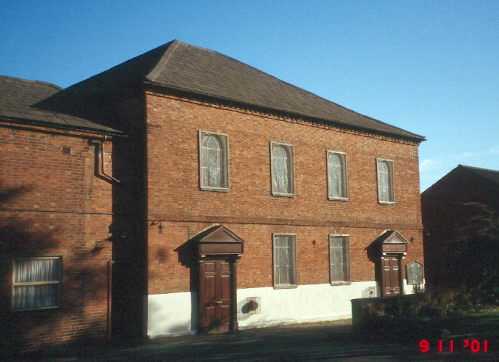 The Old Meeting House, a meeting house which was originally built during the Post Medieval period. It is situated off Chapel Street, Bedworth.

1 Built for a Presbyterian, later Congregational church (now United Reformed Church) formed in 1686, for which the first known meeting house was registered in 1705. The present building was described as ‘lately erected’ when registered in 1727. In 1808 the walls were heightened, a gallery probably inserted and the roof rebuilt. Of brick with a hipped slate roof. School rooms added in 1840. Interior largely refitted c1891.
2 Photograph published 1986.

Linkedin
More from Bedworth
More from Chapels and Churches