You are here: Home>Locations>Stoneleigh>Stoneleigh Abbey Gatehouse 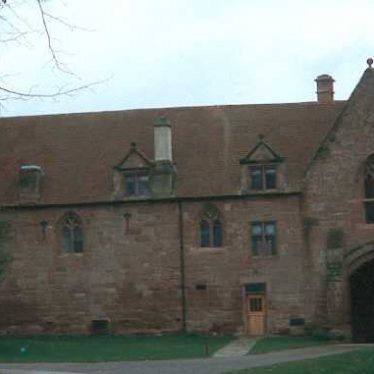 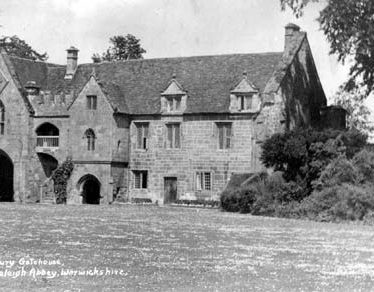 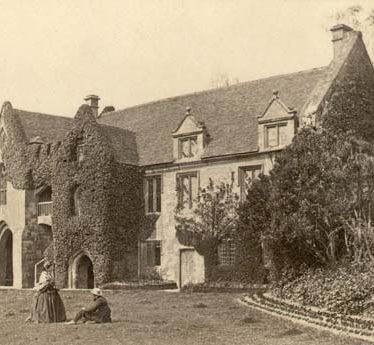 Stoneleigh Abbey Gatehouse which was built from red sandstone during the Medieval period. It is situated north east of the abbey remains.

1 Gatehouse, completed in 1346 by Adam de Hockele, sixteenth Abbot. Although much restored and internally remodelled, is substantially unaltered externally. Outer face has an entrance consisting of a low-centred, depressed arch, with a simple half-round moulding. Above is a window of two lights. Above again, in the high-pitched gable, are the arms of England. The present gates probably date from the 17th century. The interior face of the gatehouse is similar the exterior. Adjoining the gatehouse to the E is a small dwelling house of which the W portion at least is original. The rest is later.
2 Probably built between 1308 and 1349, and most probably towards the end of this time. E of this gatehouse is the Hospitium, also partly 14th century.
3 Built of red sandstone in the Decorated style. It still serves its original purpose, is structurally complete and inhabited, being used as Stoneleigh Abbey Estate Offices and living quarters.
4 Listed Building description.
5 Summary of a series of watching briefs carried out at Stoneleigh Abbey, in 1999. Excavation of a trench for oil tanks, to the east of the Abbey Gatehouse, revealed a series of substantial medieval walls, which appear to belong to a 13th-century building whose west wall survives as the east wall of the Gatehouse. Another wall ran southwards for at least 3.7m; this belonged to a further building to the east, another part of which was probably recorded to the south-east in 1998. The medieval walls were overlaid by later wall foundations of brick and stone, which probably correspond to a building shown on a mid-18th century drawing. Northwest of the Gatehouse, two undated sandstone walls were uncovered, oriented WSW-ENE. These probably belonged to a building in the outer court, possibly a stable, shown on 18th century plans.

Linkedin
More from Stoneleigh
More from Lodges and Gatehouses