You are here: Home>Locations>Polesworth>Polesworth Abbey Gatehouse 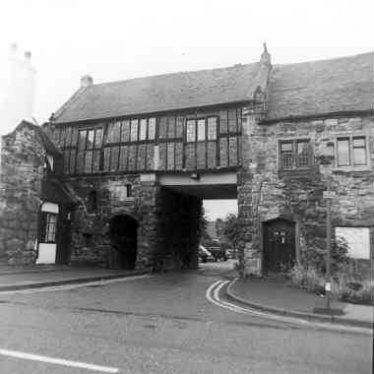 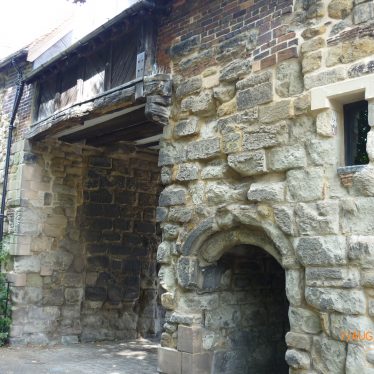 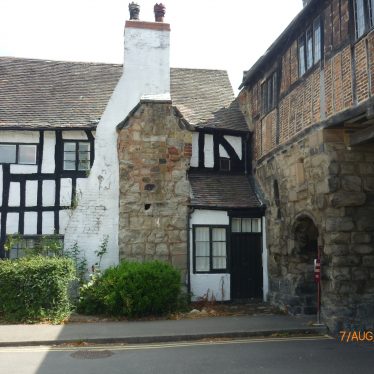 A gatehouse associated with Polesworth Abbey which is Medieval in date. The walls are constructed in ashlar except over the gateway where they are of timber. The gatehouse is located 200m east of Bridge Street, Polesworth.

A Medieval gatehouse.
1 The gatehouse stands to the N of the W end of the church. It is of two stories. The walls are of rough ashlar, except over the gateway and chamber to E, where they are of timber framing and have a late 14th century roof. The gateway, about 4 M wide, has lost its N and S arches in a later heightening. The side walls of it are of stone, and a projection midway suggests that there was also an intermediate archway. On either side of the W projection are blocked later doorways. Next, E of the main gateway, is a narrow footway that has N and S entrances. This also had a former intermediate cross arch and a pointed doorway into an E chamber. The chamber is lighted by a small window in N wall. A 14th century doorway in S wall gives access to a stairway to upper chamber. Timber framing of upper storey does not appear earlier than the 17th century.
5 Assessed for presentation.
6 Dendrochronological dating produced two site series and dated one sample individually. The structural timbers of the gatehouse proper were probably felled in the latter half of the AD 1330s or early 1340s. The timbers from the annexe roof were probably all felled in AD 1582.
7 Archival material relating to the Clinic to the west of the Gatehouse.
8 Archival material relating to the Gatehouse flats.
9 A review of the documentary resources relating to the gatehouse, together with a recording and analysis programme for the historic building fabric was conducted ahead of a proposed conservation plan.

Linkedin
More from Polesworth
More from Lodges and Gatehouses