You are here: Home>Locations>Kenilworth>Kenilworth Abbey Gatehouse 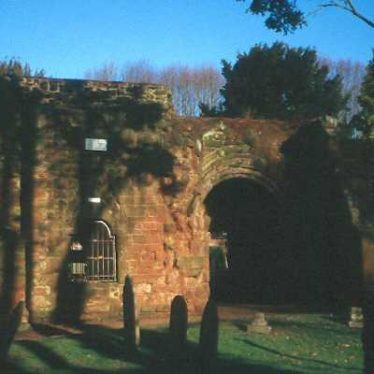 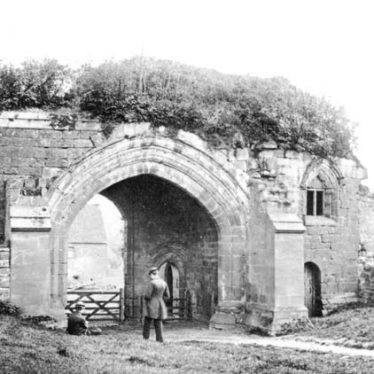 Kenilworth Abbey Gatehouse was built during the Medieval period and is constructed of red sandstone. It consists of two compartments and the gateway runs between them with a single large arch. The remains still stand and are situated in Abbey Fields.

1 A 14th century gatehouse near the NW corner of Kenilworth Abbey precincts facing N. It is of local red sandstone and consists of two vaulted compartments – the inner now in ruins – opening to the N by a four-centred arch. Between the two compartments is the gateway, with a large segmental arch, flanked on the W by a small doorway, with pointed arch, for foot passengers. In the E wall of each compartment is an arched recess with a stone seat and in the W wall of the inner is a doorway into the porter’s lodge. This lodge is divided into two halves. There are traces of a wall running S from the W side of the lodge and another running E.
4 Scheduled as Warwickshire Monument No 10.
6 In fair condition but very overgrown with vegetation at the top.
7 1977: An excavation was conducted when the building was restored. The excavation revealed several stone walls joining the gatehouse.
8 The site is within the Scheduled area of the SAM of Kenilworth Abbey (Monument Number 35115).
9 Observation of ground reduction around the former doorway on the north side of the gatehouse at Kenilworth Abbey, which is to opened up and a new door inserted. Residual fragments of glazed medieval floor tile were recovered from the overlying soil.

Linkedin
More from Kenilworth
More from Lodges and Gatehouses