You are here: Home>Locations>Polesworth>Site of Polesworth Mill 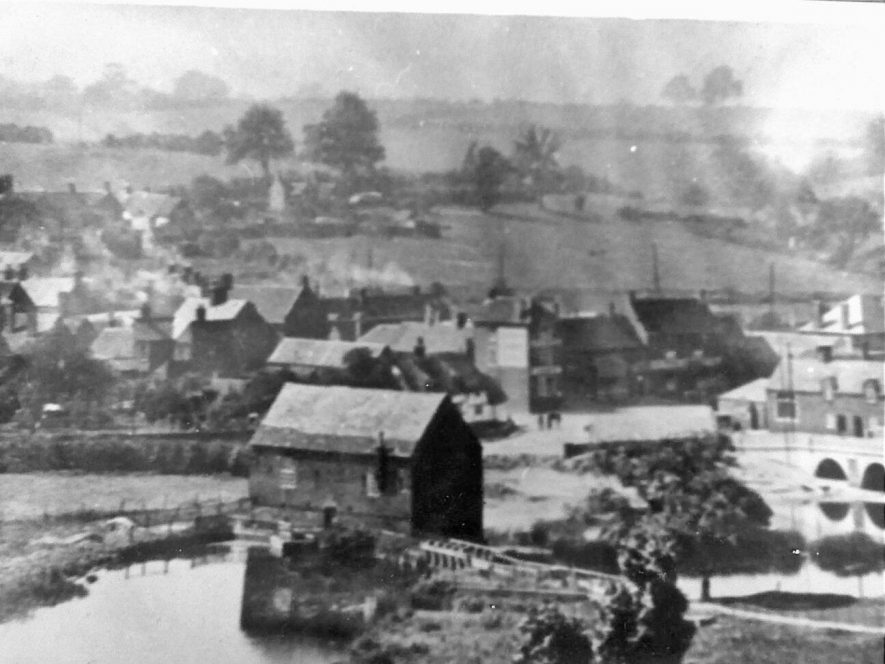 The site of a watermill that was first built in the Medieval period and used for milling corn. It continued in use until the 20th century. The site is 150m northwest of Abbey Green Park, Polesworth.

2 The Abbey of Polesworth held two mills at Polesworth in 1291. They are also recorded in 1538 and 1545. In 1828 Samuel Mallaby was the miller. From 1864 the firm of Mallaby and Alkin is recorded. In 1896, B Mallison was the general manager. It is probable that by the 1890s the steam-powered mill, built some years previously beside the canal, had become the centre of the firm’s operations. Polesworth Mill continued to operate well into the 20th century, being used in 1928. The buildings stood idle for many years before being demolished in the course of river improvements. The site has been landscaped and now forms an attractive riverside area.
3 Three-storeyed water corn mill let in Sir George Chetwynd’s time to Messrs C B Lowe Ltd, but at the sale in 1912 the building was empty, with several fields and osier beds, water-wheel, three pairs of stones, shafting and gearing. Mill demolished 1948 leaving the narrow old wooden bridge and five sluice gates, removed in 1956.

Linkedin
More from Polesworth
More from Mills
More from Windmills, Watermills and Cornmills