You are here: Home>Locations>Polesworth>Polesworth Bridge 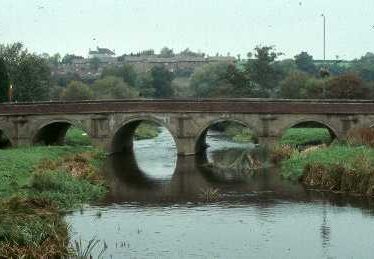 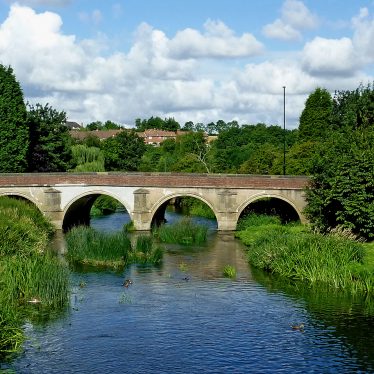 Polesworth Bridge over the River Anker was first built in the Medieval period. It is situated on Bridge Street, 225m north west of Abbey Green Park, Polesworth.

1 Polesworth Bridge is dated 1776.
2 A bridge of ten arches over the River Anker. Apparently Medieval, entirely encased in brick.
3 The bridge has ten semicircular arches and bears and inscription ‘H. E. 1776 T. S.’ The bridge was widened in concrete in 1924 (along E side).
5 Photographed 1977.
6 Archaeological Observation of test pits – all outside the scheduled area. Two trenches contained walling, probably dating from the 18th century.

Linkedin
More from Polesworth
More from Bridges and Viaducts
More from Streets, Roads, and Railway Tracks