You are here: Home>Locations>Kenilworth>Site of Kenilworth Mill 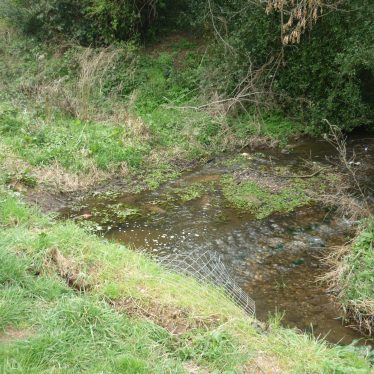 Site of Kenilworth Mill. This may be it, it certainly suggests a mill it is alongside the footpath running from Abbey Fields and shows where a dry channel joins Finham Brook. 2019.
Image courtesy of William Arnold 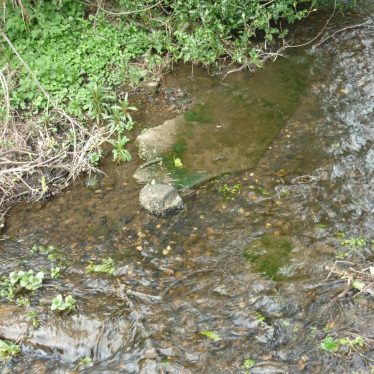 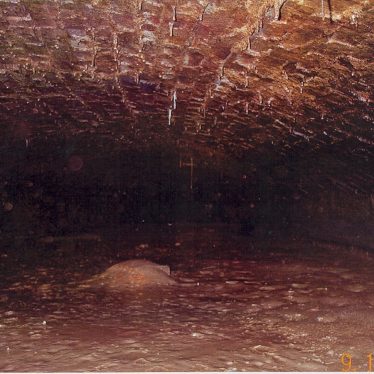 The site of Kenilworth Mill, for which there is documentary evidence from the Medieval to the Imperial period. The mill, which stood to the west of Forge Road, was demolished in 1964 for redevelopment.

1 There was a mill attached to Kenilworth Castle in 1296 (PRN 3205) and in 1291 Kenilworth Priory held two mills in the area. The site of one of these is marked on the OS 6″ map of 1886, though it is thought to have been demolished many years previously. Kenilworth Mill probably stood on the site of the second mill owned by the Priory. In 1612 Robert Dudley had three mills in Kenilworth. Details of ownership exist for the 19th and 20th centuries. The buildings were used for corn grinding until the 1880s, and from then until 1912 the main product was oil cake. The mill stood until 1964 when the site was cleared for redevelopment. No traces of the mill or its watercourses remain.
2 Watching brief carried out on Finham Brook, several courses of stone was recorded on either side of the watercourse.For the most part this walling appears to be un-mortared. An 18th or early-19th century date is postulated for much of this material.

Linkedin
More from Kenilworth
More from Mills
More from Windmills, Watermills and Cornmills