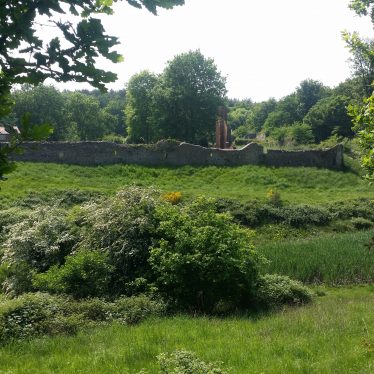 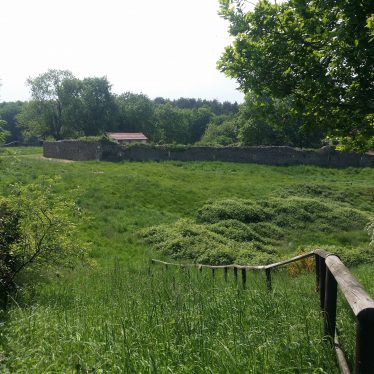 A defensive ditch and features that suggest buildings stood on this site in the Roman period, and were recorded during an excavation. The site lies 50m west of Quarry Lane, Mancetter.

1 1984. An area 9m x 10m was excavated prior to the construction of a house. A number of features belonged to the early Roman fort sequence. These included at least two timber beam-slots and a large defensive ditch. The ditch measured at least 2m across and 1.6m deep and was V-shaped. It appeared to be turning sharply to form the SE corner of one of the 1st century forts. The slots lay outside the defended area and probably represent a different (?earlier) phase of military activity; the presence of Lyon ware confirms a pre-Flavian date. Both ditch and slots were cut by a sequence of irregular pits which produced few finds, but some at least belong to the early Roman period. Further buildings may be indicated by a number of shallow post holes.
2 Described in Britannia.
3 Noted.