You are here: Home>Locations>Kingsbury>Remains of a watermill, Hemlingford Mill, Kingsbury 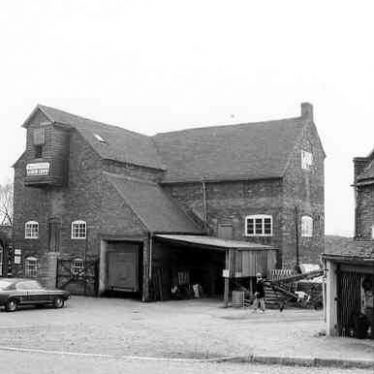 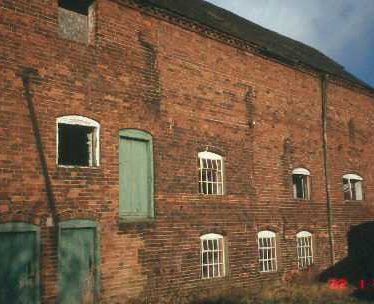 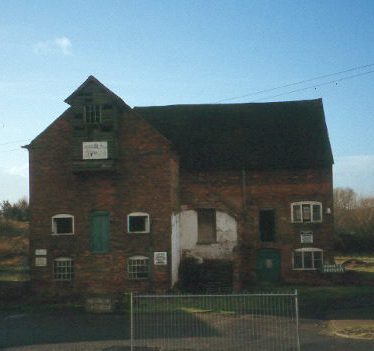 The remains of Hemlingford Watermill. Documentary evidence indicates that it was built in the Medieval period and went out of use during the Imperial period. The site lies 150m south east of Hemlingford Bridge.

1 There was a mill in Kingsbury in 1086, valued at 9s 4d. In the 12th century it was granted to Polesworth Abbey and remained a possession of the Abbey until Dissolution. Details of ownership exist for the 16th century to 19th century. The building still operates today using electrically operated machinery. The buildings date from the C18,but the earlier parts are almost entirely encased in 19th century additions. There were once three water wheels side by side at the W of the building and these and most of the mill machinery were removed by the early 1940s. The head race from the weir had been filled in.
3 The mill is now part of a garden centre.
4 Photograph.
5 The upstanding buildings of Kinsbury Mill and the associated granary were recorded to a Level 3 standard. Five trenches were excavated to evaluate the buried archaeology. These revealed an extensive pond or marshy area to the north-west of the mill and located the wheel pit and outflow channel for the present mill. Further assessment was recommended in order to fully understand the layout of the medieval mill.