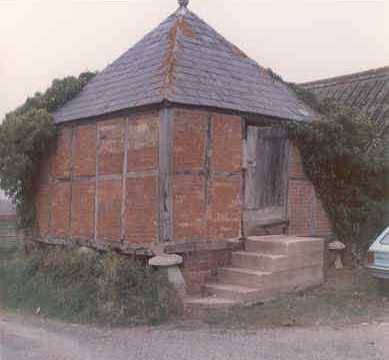 The site of a brick-built and timber framed granary dating from the Medieval period. It is situated 200m south east of the church at Burmington.

1 East of the Church and south of Burmington Farm stands a traditional type of granary. It is brick built aand timber-framed, standing on staddle stones. A ball finial crowns the pyramid-shaped roof.
2 Photographed in 1983.