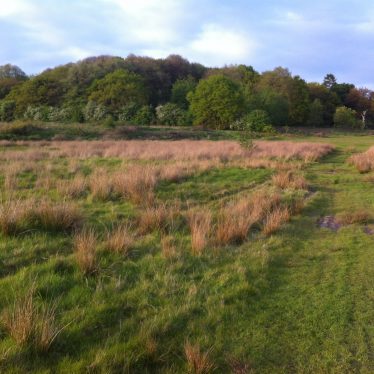 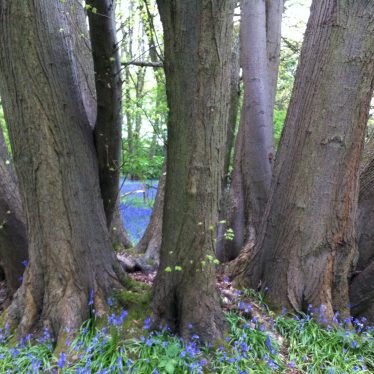 1A coppice wood of 20.8 ha. Almost certainly recorded in the 1279 Hundred Rolls, the wood can probably be identified with one of the two woods recorded in Domesday Book 1086. It may also be the Munechet (a Celtic wood name) of c.1250; if so, it may have existed c.500 AD.

There is a woodbank c.8 m wide on much of the east, north and west edges of the wood; by comparison with woodbanks from Birchley and New Close Woods (qv) and East Anglia (Oliver Rackham, Trees and Woodland in the British Landscape 1990), it is likely to be of at least Medieval date. The southern edge had, prior to 1996 when much of it was bulldozed, a bank with an internal ditch which was probably the Medieval deer park bank of Brandon to the south. This extends along the north edge of Brandon Wood to the east. The bank is also a parish boundary bank.

Within the wood there is an undated oval enclosure of c..4 ha within the northern edge; 6 probable sawpits; domestic refuse pits associated with the site of a late 18th/early 19th century gamekeepers lodge at the south-western corner; a number of undated pits and a small quarry; natural and/or man-made ditch systems; and several probably natural shallow hollows.

The structure and composition of much of the wood is indicative of its ancient status. There is extensive ancient coppice of small-leaved lime Tilia cordata, with stools up to 5m in diameter, and sessile oak Quercus petraea, much of it former coppice with surviving stools up to 2 m in diameter. Both these species are generally relict species in the lowlands, largely confined to ancient woods. Coppice stools of this size are ancient monuments in themselves. Lime is particularly susceptible to grazing and its presence in quantity here is probably an indication that the wood has been an enclosed coppice wood with very restricted or no grazing throughout its recorded history. Much of the ground vegetation (e.g. wood anemone Anemone nemorosa) also consists of species largely restricted to ancient woods in this area.

2 Presence of extensive old small-leaved lime coppice supports a Medieval date for the wood and may indicate a direct link with prehistoric wildwood.

3 A ditched and banked boundary was identified during a walkover survey prior to a proposed water pipeline.