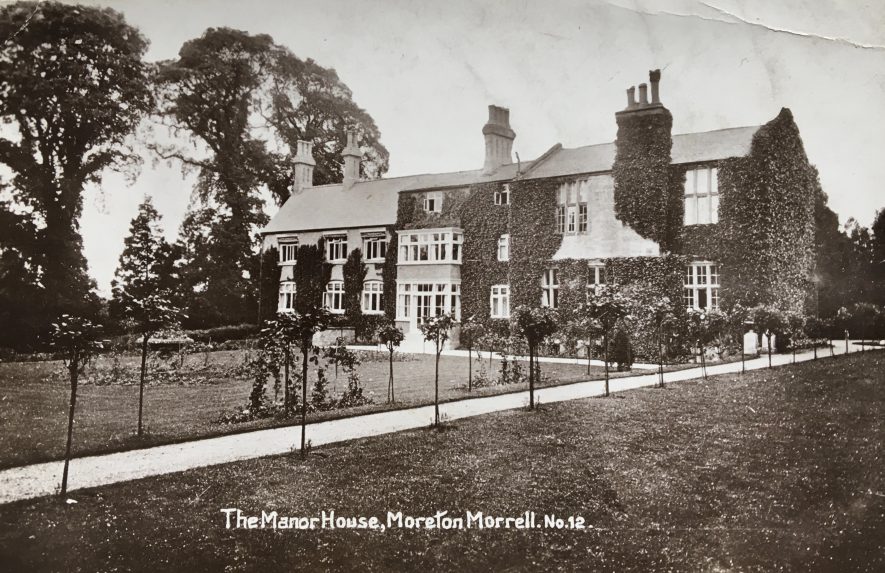 1 Moreton Manor is a much altered house. It is Grade II Listed, mainly due to a surviving fragment of what was evidently a high status early-17th century house. By the 19th century, the much reduced dwelling was a farmhouse, but was aggrandised and considerably extended in the late-Victorian or early-Edwardian period. Most of the building’s present appearance and much of its internal décor dates from this period.
2 Listed Building record.
3 An intermittent watching brief was carried out on the site during a variety of groundworks undertaken to alter the property. All trenches recorded either 19th/20th century made ground or undisturbed natural. No extent of the c.1604 has been revealed. In view of the well constructed fine ashlar wing that still remains, it is hard to believe that any further evidence of this 17th-century structure could have been erased from the site. This poses the question over whether the c.1604 building was ever completed.