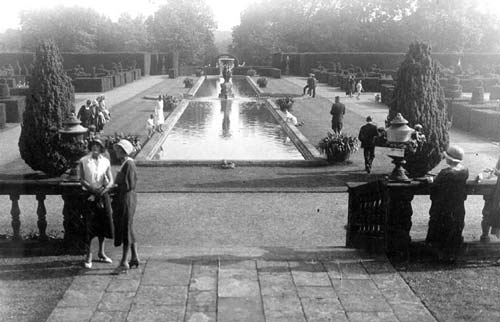 Formal gardens laid in formal style around an early 20th century house, demolished in 1959; but a lodge survives. The gardens are located at Moreton Paddox.