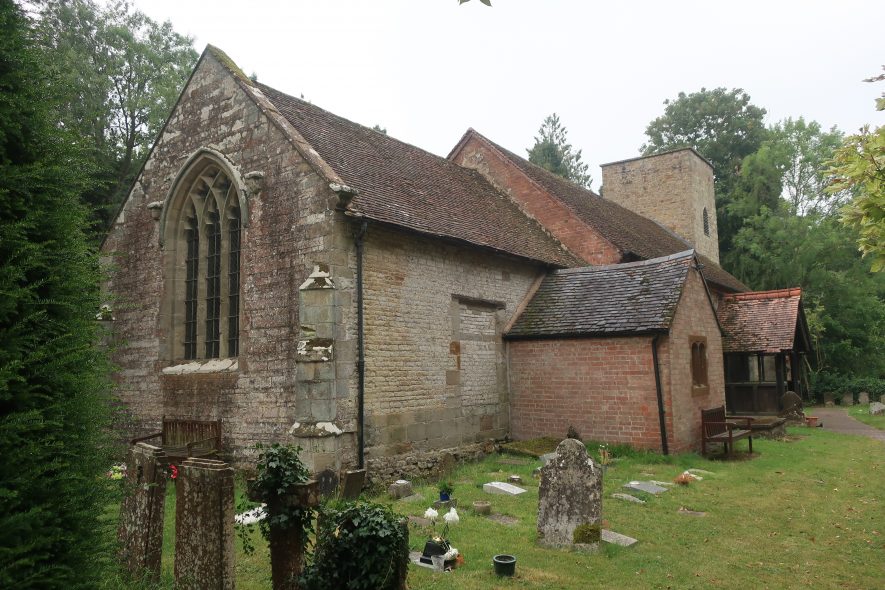 Holy Cross Church was originally built during the Medieval period. Parts of the building were replaced in subsequent periods, including the top half of the tower. The church is situated at the southern end of Moreton Morrell.

1 A small building consisting of chancel with N vestry, nave, N porch and W tower. The church is mainly 13th century, but it is possible that the nave, from its proportions and thick walls, is of the 12th century. No details of this date remain, but reset in the N wall of the tower is the head of a small 12th century window which may have been moved from the W wall of the nave. Most of the windows are of the 15th century or later. The upper part of the tower is of 19th century brickwork and the N porch was added at the end of that century. Several restorations, including one of 1886. Monument of 1635 in chancel. There was a priest, and therefore a church, at Moreton in 1086.
2 Plan of the church.
3 Drawing of c.1820.
4 Inside the church a Norman lintel and tympanum is kept.
6 Noted on OS Card.
7 A trench to the south-west of the church revealed 11 probable grave cuts.