You are here: Home>Locations>Mancetter>Mancetter Manor House 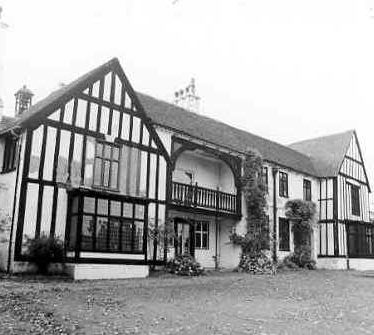 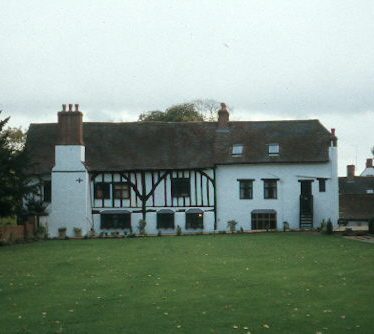 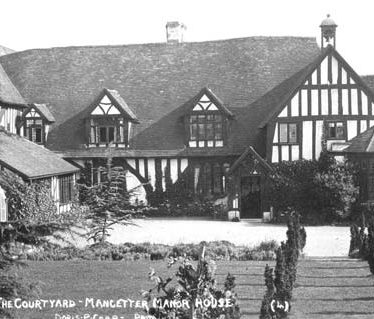 Mancetter Manor House, a timber framed building which was built during the Medieval period. It is situated 150m north of Manor Farm, Mancetter.

1 The Manor House is a timber-framed building dating from about 1330 and preserving a great deal of the original structure despite many later alterations. The original plan consisted of a great hall facing E and W, and a N cross-wing of two storeys. There was probably no solar wing, but about 1480 the S half of the great hall had an upper floor inserted, to serve the same purpose. There were various 16th century, 18th century and 19th century additions and alterations. With all the subsequent changes it is remarkable that the house preserves almost intact the trusses of the Great Hall and N wing. The hall, about 12.2m long, consisted of two 4.9m bays and a 2.4m N bay for the ‘screens’. Overall it was about 7.6m wide, which includes sub-aisles of about 1.67m. Four trusses remain. Above the trusses, now concealed by the ceilings, are king-posts and curved braces below upper small collar-beams.
2 Plan.
3 Detailed description.
4 The manor house has been extensively modernised.
5 Photographed in 1977.
6 Detailed description.
7 Correspondence.